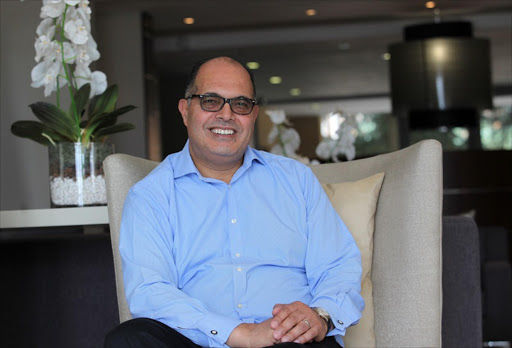 New SA Revenue Service (Sars) boss Edward Kieswetter wants nothing but to focus on his job, as the EFF plans to do everything in its power to reverse his appointment.

"The job is so huge. I have no time for distractions," Kieswetter said during an interview with Bruce Whitfield on Radio 702 on Thursday, responding to questions about the EFF's attack on him.

Kieswetter was appointed as the new commissioner of Sars this week. He will take over from acting Sars boss Mark Kingon on May 1.

Here are five things you need to know about the new commissioner.
News
3 years ago

The party claimed that Kieswetter was favoured a favourable candidate because he was a relative and close business associate of Manuel.

Manuel has since clapped back at the EFF in a statement, saying he "He "will not be abused by school yard bullies".

The former finance minister said the EFF must provide evidence for the claims made against him, in the statement including that Kieswetter and Manuel are related.

In a comment on social media Responding to Manuel's statement, EFF leader Julius Malema tweeted: "He can go to hell. We are not scared of him."

Former finance minister Trevor Manuel has lashed out at the EFF over its criticism of the appointment of Edward Kieswetter as the new commissioner of ...
Politics
3 years ago