WATCH | Lols for days over Zuma's pool pic: 'Ubaba is enjoying the coolness of the firepool' 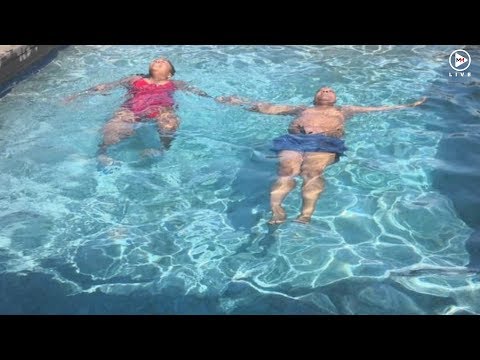 If former president Jacob Zuma's latest tweet is anything to go by, he is the true definition of 'keep it flowing, like the water'.

Zuma sent Twitter into overdrive with just two snaps of him and one of his daughters living their best lives in the swimming pool.

Ever since joining Twitter in December, Zuma has been the gift that keeps on giving and he has consistently managed to crack up tweeps with laughter via his hilarious posts.

Former first lady Tobeka Madiba-Zuma shared the snaps with her more than 100,000 followers on Instagram, which she captioned: 'This is what happens when mom is gone to play with her brothers and sisters."

This is what happens when mom is gone to play with her sisters and brothers..#dad #and #daughter #special #moments #to #treasure 🎩👨‍👩‍👧‍👧👙👑♥️🤗

Although it is unclear if the picture was taken at Zuma's Nkandla homestead, tweeps flooded the comments section to ask if he was enjoying the coolness of the 'firepool', while some said they were glad to see that he is happy.

Wasn't that pool for fire fighting and emergency purposes Msholozi?