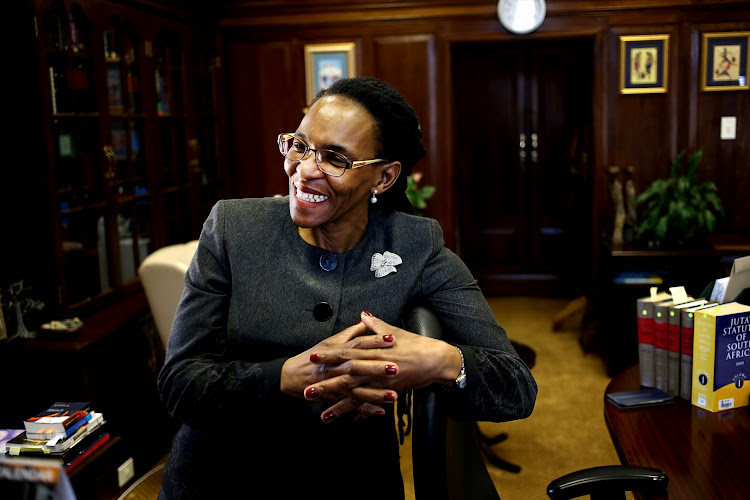 President of the Supreme Court of Appeal (SCA) Mandisa Maya raised a possible conflict of interest with one of the candidates who was to be interviewed by the JSC on Monday.
Image: Gallo Images / Sunday Times / Alon Skuy

The Judicial Service Commission has shed light on why it decided to halt the interviews of the six people vying for the two vacant Constitutional Court positions.

The interviews had been scheduled to take place on Monday, but after deliberations behind closed doors it was decided that they would be put on hold.

“At its sitting, the JSC took a decision to postpone the interviews for the candidates nominated for the constitutional vacancies to Wednesday April 3 2019 due to a potential conflict of interest involving the president of the Supreme Court of Appeal,” the JSC said in a statement.

President Mandisa Maya was one of the panelists who was to be part of the interviews.

The commission did not elaborate further on the conflict of interest.

judge Fayeeza Kathree-Setiloane, also from the high court, judge Stevan Madjiet of the Supreme Court of Appeal and judge Zukisa Tshiqi, also of the SCA.

Eight years of damning court judgments about its treatment of immigrants have failed to make the home affairs department mend its ways, the acting ...
News
3 years ago

Private gated estates are entitled to draw up their own rules, including setting speed limits on internal roads and imposing “fines” for exceeding ...
News
3 years ago

The stalled liquidation of the Bosasa companies has delayed the corruption case against the group’s former COO Angelo Agrizzi, former company ...
News
3 years ago