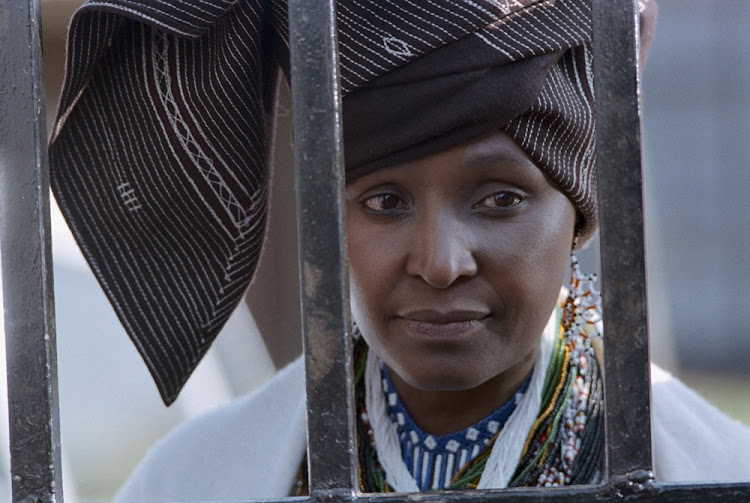 In remembrance of the late Winnie Madikizela Mandela it is becoming a tradition to honour her by wearing a doek.

The liberation icon died at the age of 81 on April 2 2018. Following her death, many wore doeks as a sign of showing respect to one of the biggest anti-apartheid activists.

"She did not die. She multiplied" became a famous phrase that accompanied many social media posts that paid tribute to the late struggle hero.

This year some are again wearing doeks on the anniversary of her death.

"She did not die, she multiplied". We remember you today mama...#WinnieMadikizelaMandela pic.twitter.com/l8C2VazpvH

As the EFF  were on Tuesday expected to table a motion in parliament for the renaming of Cape Town International Airport to Winnie Madikizela-Mandela ...
News
3 years ago