Nurse drives through night so patient can get lifesaving kidney 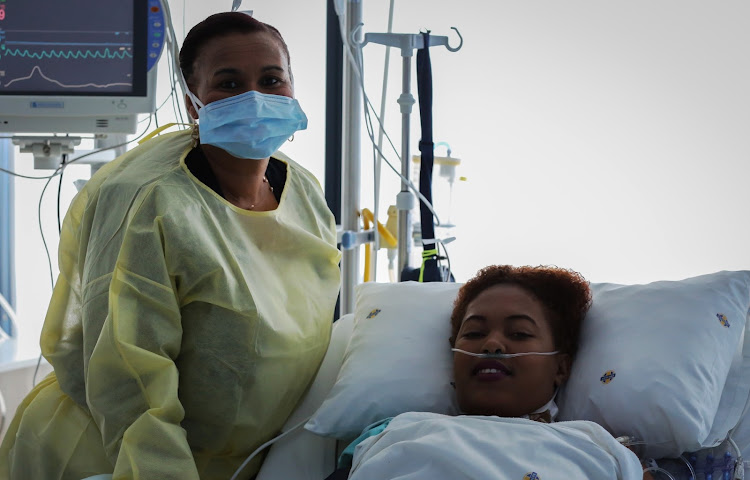 When nursing sister Salome Siebritz learned that one of her patients had the chance of a lifesaving op, she knew what she had to do.

Cally Williams, 25, had 12 hours to get to Cape Town from Port Elizabeth for a kidney transplant, and the last available flight was leaving in 30 minutes.

So Siebritz organised a whip-round among her colleagues to raise petrol money, loaded Williams into her car and drove through the night.

The transplant went well and Williams is recovering at home in PE with another patient who shared the lifesaving journey but who did not wish to be identified.

Mercia Heilbron, Williams’ aunt and main caregiver, said news that a donor kidney was available came through at 6pm one night in March.

Amanda Hayhurst donated a kidney to 50 year old Vochelle who has been on the waiting list for eight years.
News
2 years ago

“Cally has been reliant on dialysis for many years after suffering kidney failure. She has been on the waiting list for a donor kidney since 2013, and when that telephone call finally came we were overcome with emotion. For our family, this was nothing short of a miracle,” said Heilbron.

Siebritz, who works at the National Renal Care unit at Netcare Cuyler Hospital in Uitenhage, said colleagues phoned her at home to discuss the logistics of how Williams and the other patient would get to Cape Town for transplant surgery early the following day.

“I immediately phoned Cally to make travelling arrangements as I was concerned that she would miss this opportunity, and had decided that I would drive her to Cape Town myself,” said Siebritz.

Staff at National Renal Care started a collection to raise petrol money, “and everyone from the doctors to the cleaning staff, as well as a number of patients, were eager to make donations”.

The journey began at 9pm, with Siebritz and Heilbron sharing the driving, and Williams arrived at Christiaan Barnard Memorial Hospital half an hour before surgery was due to begin. A nurse drove the other patient to Groote Schuur Hospital.

The money raised for petrol was enough to fly Williams home after her discharge.

Heilbron said she was grateful to Siebritz, but “our most profound thanks goes to the donor, who during their lifetime made the decision to offer others a chance at life through registering as an organ donor”.

South Africa has two world-class liver transplant centres‚ a new study finds. But they are under-utilised because not enough donor livers can be ...
Lifestyle
2 years ago

Alice Vogt, the first South African to have two double-lung transplants and survive, joins more than 80 other organ recipients in the sporting arena
News
2 years ago
Next Article