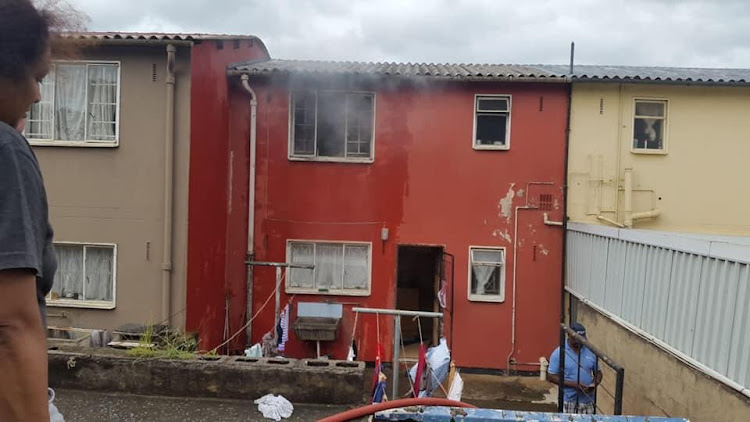 A bed-ridden Durban man suffered severe burns after the upper level of his home caught alight on Wednesday.

Reaction Unit SA spokesperson Prem Balram said a team was dispatched to the Eastbury, Phoenix, home after being alerted by concerned residents.

The man, believed to be in his sixties, suffered burns to most of his body, as well as smoke inhalation.

He was stabilised and taken to hospital.

"According to neighbours, the elderly male was unable to walk due to a medical condition," said Balram.

He said neighbours had carried the man to the lower level of the house, where he was treated.

Neighbours believe the man’s blanket caught alight when he tried to light a cigarette.

"The upper level of the home was extensively damaged in the fire," said Balram.

One injured in Durban blaze before firefighters save the day

Firefighters worked tirelessly to stop a fire that nearly gutted a Durban home on Tuesday.
News
2 years ago

The KZN department of cooperative governance and traditional affairs has condemned the petrol bombing of one of its buildings on Tuesday.
News
2 years ago