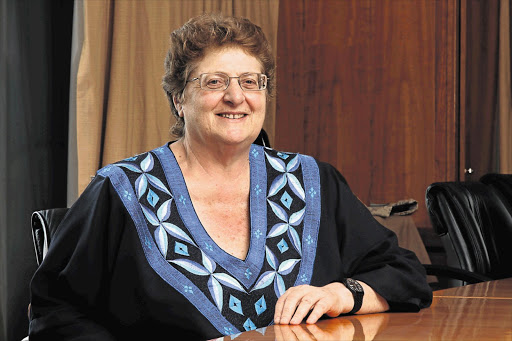 Survé was testifying before the Mpati Commission in Pretoria on Tuesday.

Several businesses linked to Survé have received funding from the PIC, including a R4.3bn investment in Ayo Technology Solutions.

During his testimony, Survé said: "We are not enslaved to any white businesses or banks or institutions, which makes us unique as a South African business."

Gill Marcus replied: "Would you be unique if you were indebted to black businesses? You refer all the time to 'white white white white' and I'm finding it a bit offensive."

"This is a commission of inquiry not a political platform," Marcus said.

The exchange triggered much conversation on social media. Some felt Survé raised strong points, while others felt Marcus became too heated.

#PICInquiry Gill Marcus asks Surve' to refrain from using the PIC Inquiry as a platform for his political views.

“Makgowa a rena a re ratang “Gil Marcus joined @SACP1921 and ⁦@MYANC⁩ in 1970 and was the exiled ANC's deputy secretary of the )DIP) in London. MP in 1994 and Deputy Minister of Finance from 1996 to 1999 serving In 1999 she became Deputy Governor of the Reserve Bank pic.twitter.com/5PtR8Gs9NY

So according to Gill Marcus everything in our economy is okay in terms of transformation, shocking approach.

I guess Gill Marcus will need a cup or two of camomile tea after today's session at the #PICInquiry.

Gill Marcus thinks the PIC inquiry is her home? Telling people she is offended 🤣 that’s the real 🍵 because she took offense does not mean she is right.

Dr Surve 🔥🔥🔥 Gill Marcus was boiling and he still managed to keep calm. 😂😂😂

Thanks to Ms Gill Marcus for calling #IqbalSurve into order #PICInquiry

Gill Marcus is a bully. She became irritated and feels implicated when Iqbal Survé talks about white networks having an upper hand in the media space.

Just months before one of his companies defaulted on repayments to the PIC, Iqbal Surve splurged almost R140m on seven luxury V&A Waterfront ...
News
3 years ago

What is being done to recover R4.3bn worth of pensioners’ money that was “irregularly” invested by the Public Investment Corporation (PIC) into Ayo ...
Politics
3 years ago