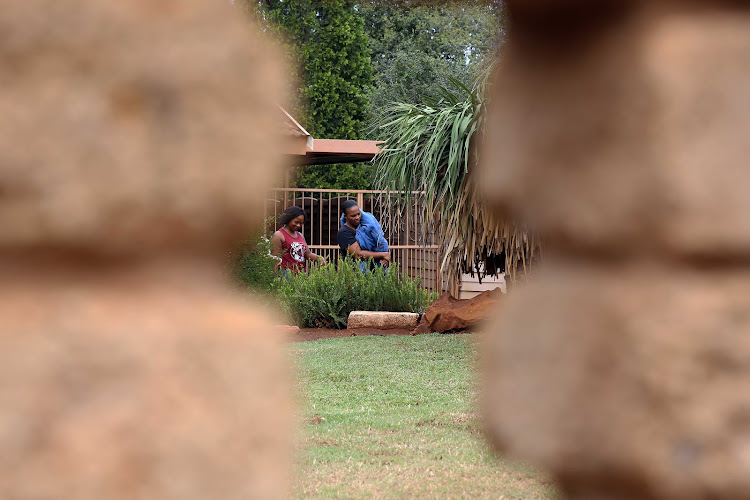 Parents on Thursday collected their children from a Carletonville creche after videos surfaced showing a caregiver assaulting three of them.
Image: Thapelo Morebudi

Police have confirmed that a Carletonville nursery school caregiver who was filmed assaulting at least three toddlers enrolled at the school has been arrested.

Warrant Officer Peter Masooa said the woman appeared in court on March 28 after a fellow teacher opened a case of assault on a minor against her.

Meanwhile, parents of children enrolled at the crèche descended on the property on Thursday to fetch their children and demand answers.

A mother who instinctively removed her daughter from a crèche when she felt something was amiss was outraged to see a video of the child being thrown ...
News
2 years ago

A TimesLIVE reporter at the crèche said at least five parents were seen leaving with their children within minutes of her arriving on the scene.

A parent who asked remain anonymous said he was shocked after seeing the videos circulating on social media.

"I am shocked and angry. This is one of the best crèches around. Kids of policemen, brigadiers, lawyers and teachers come here," he told TimesLIVE outside the locked school gates.

He said that he would be removing his child from the school.

"It's an inconvenience because I had to skip work and now I must start looking around [for another crèche," he said.

The school gates were closed with only parents being allowed on the property.

A staff member came to address a crowd of reporters and members of the ANC gathered outside.

"I am not in a position to say anything or allow anyone inside - for the children's safety. I am not hiding anything," the staff member said.

Gauteng education MEC Panyaza Lesufi on Thursday said he battled to finish watching a video of a young child being beaten by her teacher as she ...
News
2 years ago

The ANC councillor for the Fochville area, Nkosinathi Salane, said action needed to be taken against the caregiver and the person who took the videos.

"This incident shows that these kids are not safe, these people are not equipped to take care of young children. Tthe crèche must be closed," he said.

At least three videos have gone viral on social media depicting what appear to be the same woman assaulting toddlers.

If the dialogue heard on the video is anything to go by, one of the toddlers was beaten for vomiting while another was beaten for not wanting to sleep.

The three videos show how the caregiver repeatedly smacked the children on the buttocks, slapped them over their heads with open hands, beat one on the head with a wooden scrubbing brush and grabbed them by the collars.

One of the children was seen being grabbed and thrown on to the carpet, where the caregiver is then seen putting her foot on the little boy's head.

WATCH | ANC chairperson in the area, Mojo Kadi, says they are calling for the school to be closed and for the perpetrators to be arrested till investigations are concluded.@TimesLIVE pic.twitter.com/KW8gNXmkHY

It would be "sanitising" to call what happened to Baby Daniel abuse, because it was "sadistic torture", a social worker said in a report to the ...
News
2 years ago

A Randfontein mother has spent the night behind bars for allegedly burning her two children, aged five and seven, with an iron, West Rand police said ...
News
2 years ago