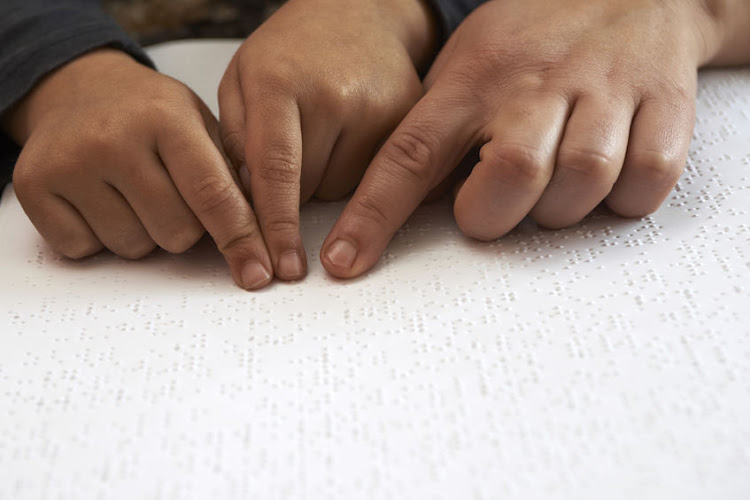 An agreement, which was made an order of the court in Pretoria on Thursday, will see textbooks in Braille provided to all pupils needing them.
Image: 123RF/Vasileios Karafillidis

The department of basic education will provide textbooks in Braille to every pupil who needs them.

This follows a settlement agreement between the department of basic education and three governing bodies of schools for the blind, which was made an order of the high court in Pretoria on Thursday.

The agreement was signed in September last year following six years of engagement between the basic education ministry, Section27 and its clients, the SA National Council for the Blind, the SA Braille Association and the school governing bodies.

Section27 would monitor the government's compliance with the order and step in to assert the rights of visually impaired pupils, said the organisation's spokesperson, Zukiswa Pikoli.

The parties agreed that the rights of Braille users at schools for the blind and full-service schools included the right of every learner to receive their prescribed textbooks for every learning area at the commencement of each academic year.

In terms of the agreement, government departments will conduct an audit of the 22 schools for the blind and of all full-service schools to establish the number of pupils using Braille at each school, their grade, learning or academic stream and medium of instruction.

The audit will also determine the list of Curriculum Assessment Policy Statement (CAPS)- aligned core list textbooks prescribed for Braille users that are required but not available at each school.

This audit will be completed within two months of the order at the 22 schools and within five months in respect of all the other schools.

With an estimated 250‚000 blind or visually impaired children not receiving formal schooling in South Africa‚ Blind SA is on a mission to save them ...
News
3 years ago

Gauteng health hamstrung by critical shortage of doctors and nurses

Gauteng hospitals have a “critical” shortage of nurses and doctors, the head of the health department has admitted.
News
3 years ago

Gauteng education MEC Panyaza Lesufi on Tuesday ordered a principal of a primary school in Alberton to attend a diversity and social cohesion course.
News
3 years ago