'I felt like crying, dancing and clapping - all at the same time!' says proud aunt at UKZN graduation 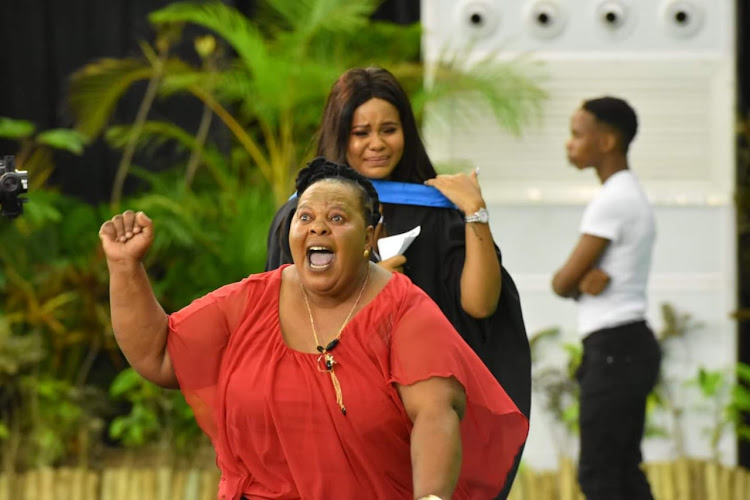 Gabisile Mbatha cried tears of joy as she took to the stage to support her niece Nongcebo Khuzwayo, the first graduate in the family.
Image: Supplied

Gabisile Mbatha couldn't contain her joy when her niece Nongcebo Khuzwayo graduated from the University of KwaZulu-Natal this week.

Pictures of Mbatha screaming with her fist in the air went viral, and showed just how important the moment was. After all, Khuzwayo, who couldn't hold back tears, was the first member of her family to graduate.

Khuzwayo, 23, has defied the odds - falling pregnant and dropping out before coming back to finish her studies.

Speaking about how it felt to be capped on stage on Monday, she told TimesLIVE: “A lot of emotions just raced through my mind. I kept on thinking, 'Wow, I did it! Despite everything that I’ve been through, it’s really happening!"

“When I looked around and saw that mam'khulu [Mbatha] was also crying, I got even more emotional,” she said. 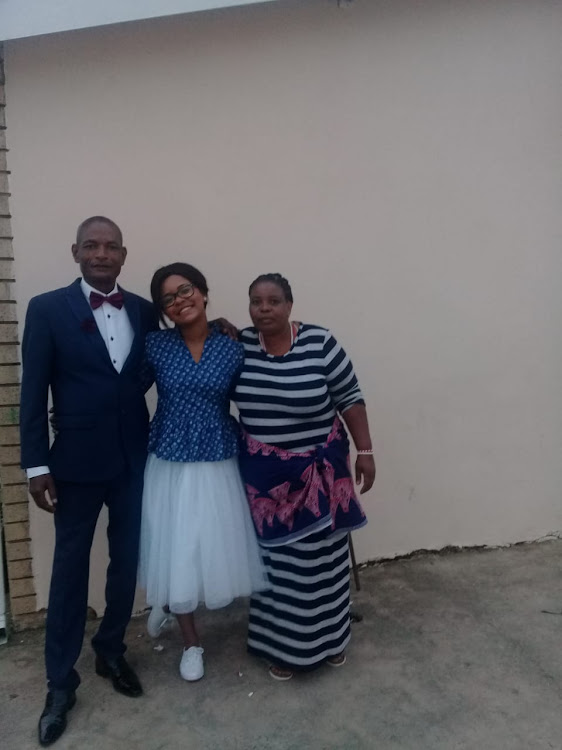 But her challenges aren't yet over. Khuzwayo is still confronted by the R50,000 she owes the university - and she can only get her certificate after settling the debt.

Born and bred in Escourt, KZN, Khuzwayo was raised by illiterate parents. Her mother was a traditional healer and father a self-employed businessman.

“My father has always tried to make ends meet for us. There were times where I thought of dropping out because he could not afford to pay the fees, but he insisted that I go back and he would make a plan - and somehow he did,” she said.

Many have congratulated Khuzwayo for obtaining her degree in marketing, media and cultural studies. She described the feeling as “really overwhelming”.

Her maternal aunt, Mbatha, told TimesLIVE that she could not contain her happiness when Khuzwayo’s name was called out and she was asked to come up to the stage.

“I just went crazy and did not know what to do with myself. I felt like crying, dancing and clapping - all at the same time! When I danced, I even forgot that there were so many people in the hall. I was over the moon!” she said.

Mbatha said her excitement was fueled by the fact that Khuzwayo was the first in the family to graduate. “We’ve never seen something like this before. Her parents generally have a quiet demeanour. They sat there in disbelief, crying throughout,” she said.

Nongcebo's mother Ntombifuthi Khuzwayo said she "did not even know how to react" when her daughter's name was called. "Everyone screamed when Gabisile took to the stage. I couldn’t see anything at some point and I had to deal with her father, who was crying,” she recalled, laughing.

Ntombifuthi said she had not been fully present in her daughter’s life because she had to undergo ukuthwasa, the ancestral calling.

“I don’t know how she was able to do it because I was away for a year, and they later moved to Durban to stay with their father. Even when I was present, I couldn’t help much because I am not educated,” she said. 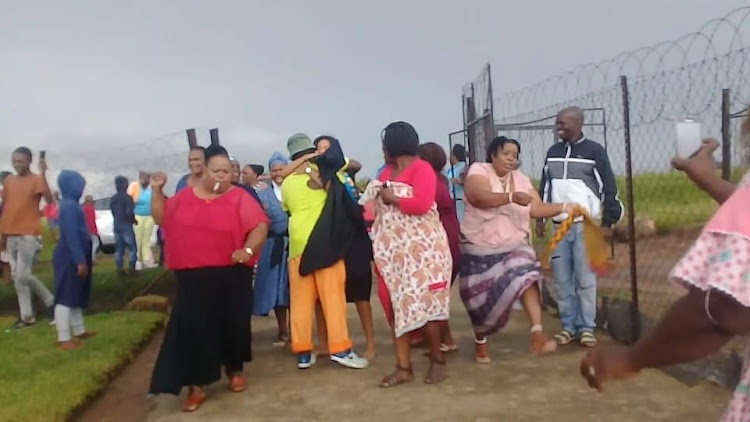 Nongcebo had no one to motivate her or look up to in her family, said her mother. “She would sometimes call and say that she had an exam or it was just difficult. I did not know what to say because I have never been to university, just like the rest of the family.”

After the ceremony, Nongcebo and her family travelled to the village where she was born for a braai, where she was welcomed like a hero. “It was crazy, really amazing. I was showed so much love. This was despite the fact that it was raining!” she said.

While she was able to obtain her degree, the struggle to find employment to support her daughter persists.

“I would love to study further, but I first need to look for a job. My father has been supporting me, but I also need to make an income to support my daughter. I owe her and my father that much after everything,” said Khuzwayo.

She added that she was determined to find employment in the marketing field and to inspire young girls to believe that nothing is impossible.

Dancing, ululation & tears as UKZN celebrates its graduates! And we're here for it

University of KwaZulu-Natal graduates are taking Twitter by storm as congratulatory messages pour in.
News
2 years ago

Instead of fancy high heels and a swanky dress, UKZN graduate Zandile Shange attended her graduation ceremony on Monday in traditional Zulu attire to ...
News
2 years ago