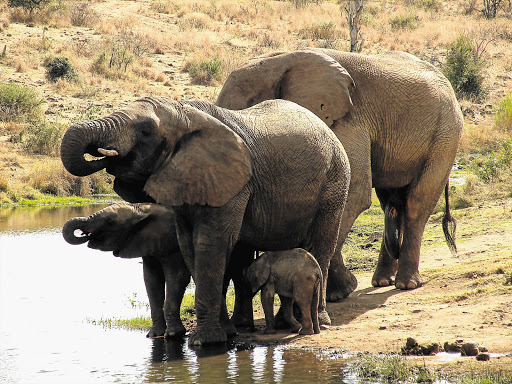 A man was killed an elephant at Kruger National Park while poaching with his accomplices.
Image: PILANESBERG ELEPHANT-BACK SAFARIS

A human skull and a pair of pants found in the Kruger National Park (KNP) are believed to be those of a man killed by an elephant while poaching with his accomplices.

Lions are believed to have eaten his remains, resulting in further pain for his family.

Police Brigadier Leonard Hlathi said the men had gone poaching in the park on April 1, "when suddenly an elephant attacked and killed one of them".

"His accomplices claimed to have carried his body to the road so that passers-by could find it in the morning. They then vanished from the park.

"Once outside, they reportedly informed a relative of the dead man about their ordeal."

Park rangers and police were alerted. The man's remains were found in the Crocodile Bridge section on April 4. 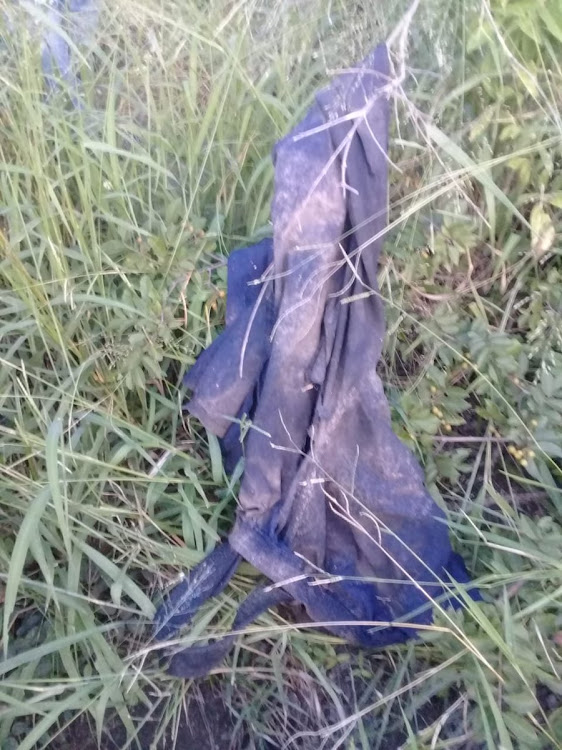 Pair of pants worn by a suspected poacher allegedly killed by an elephant, before his remains were eaten by lions.
Image: SAPS

Isaac Phaahla, GM of communications and marketing at the KNP, said rangers were contacted to help the family find closure by recovering remains of the suspected poacher.

"According to the family of the deceased, they were called by his accomplices who notified them that their relative had been killed by an elephant while they were in the KNP to poach rhino on Tuesday evening," he said.

"The family then called Skukuza regional ranger Don English who, after assuring the family that he would do everything possible to recover the remains and bring them closure, arranged a search party.

"Rangers on foot, accompanied by members of the KNP Airwing flew over the area that was described by the family but due to failing light, could not locate the body.

"The team resumed the search on Thursday morning, with further information provided after four of the deceased’s alleged accomplices, who had been arrested during the previous evening by the Komatipoort SAPS.

"During this search, which was boosted with a further complement of field rangers, the remains of a body were discovered.

"Indications found at the scene suggested that a pride of lions had devoured the remains leaving only a human skull and a pair of pants."

Hlathi said police had launched a joint intelligence-driven operation in search of the dead poacher's accomplices.

He confirmed police had arrested three men aged between 26 and 35, within the KaMhlushwa and Komatipoort precincts.

"During the operation, two .375 hunting rifles and ammunition were seized."

The suspects appeared before the Komatipoort Magistrate's Court on April 5, facing charges of possession of firearms and ammunition without a licence, conspiracy to poach as well as trespassing.

They have been remanded in custody until April 12, pending a formal bail application.

An inquest was opened to look into the circumstances around the death of their accomplice.

KNP managing executive Glenn Phillips commended those who were part of the search party for helping the family find closure and extended his condolences to the relatives of the deceased.

“Entering Kruger National Park illegally and on foot is not wise, it holds many dangers and this incident is evidence of that.

“It is very sad to see the daughters of the deceased mourning the loss of their father, and worse still, only being able to recover very little of his remains.”

While there was good news in the fight against rhino poaching, the news for the country’s elephants was not as promising.
News
2 years ago

While the notorious Ndlovu poaching gang received hefty sentences on Wednesday, a wildlife vet in SA paid tribute to two of the rhinos they were ...
News
2 years ago