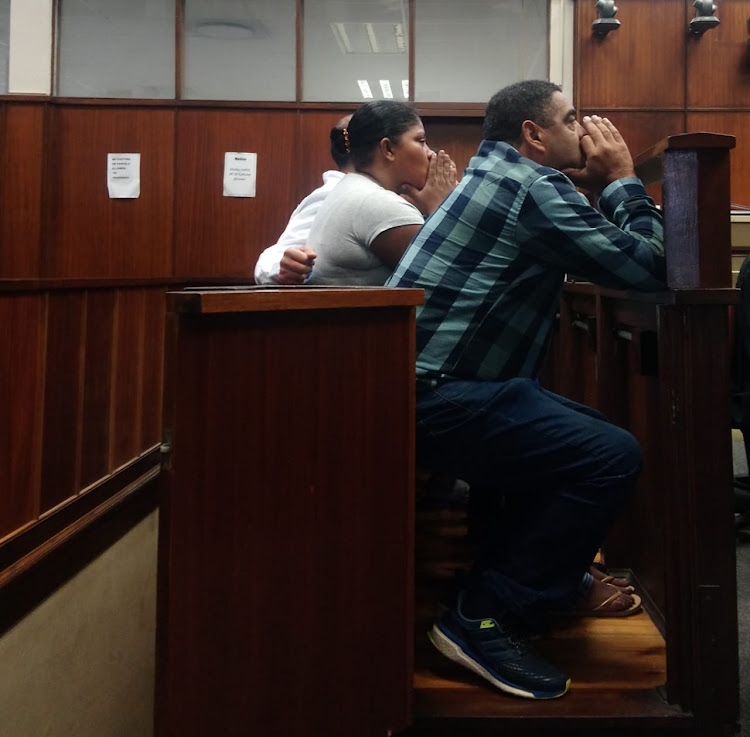 Seven people who were arrested following a R50-million drug bust in Durban were granted bail in the Durban Magistrate's court
Image: Orrin Singh

Seven people accused of manufacturing and dealing in heroin and mandrax following a R50m drug bust in Durban in March were granted bail on Tuesday.

Senior state advocate Mahen Naidu submitted that the accused should be denied bail based on the premise that they might intimidate witnesses, interfere or destroy evidence or evade trial as they are originally from Cape Town.

However, magistrate Vanitha Armu granted bail, citing that the state failed to bring forward any compelling evidence that the applicants were flight risks or that they would tamper with evidence.

BREAKING: The state has awarded bail to against the 7 people accused of manufacturing and dealing in heroin and mandrax following a R50m drug bust in Durban on March 1. @TimesLIVE @yasantha

Armu noted that while bail has been granted, the accused are still facing serious charges.

As part of their stringent bail conditions they have been ordered to report to their nearest police stations every Monday between 6am and 6pm until their next court date.

The case was postponed to July 2 for outstanding evidence to be obtained.

Seven people accused of manufacturing and dealing in heroin and mandrax following a R50m drug bust were under the impression that they would be ...
News
2 years ago

'Dealers' nabbed with R250,000 worth of cocaine and ecstasy in Durban

Police have made yet another massive drug bust in Durban, this time in the quiet suburb of Westville
News
2 years ago

Seven accused in R50m drug-bust due in court

Seven people who were arrested earlier this month in connection with a R50m drug bust are expected to appear in the Durban Magistrate's Court on ...
News
2 years ago
Next Article