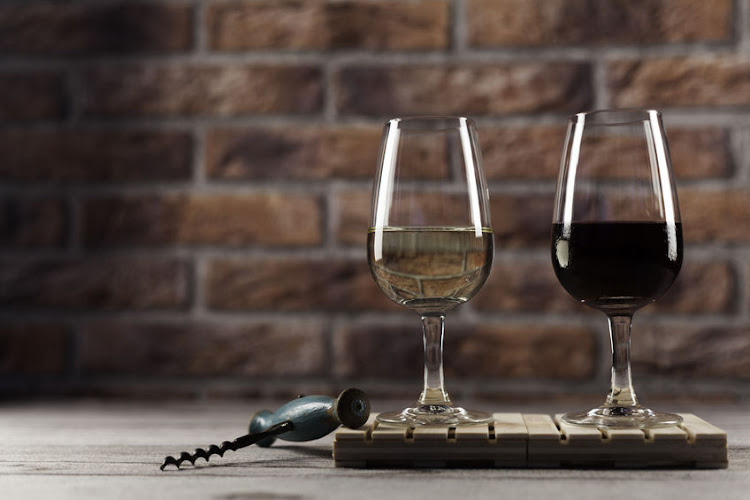 A hidden compartment in a wooden crate of wine at an OR Tambo International cargo warehouse was found to contain a substance believed to be heroin.
Image: 123RF/Jos Manuel Feito Garca

A wooden crate of wine at a cargo warehouse at OR Tambo International Airport piqued the interest of a narcotics team when it was weighed and found to be "too heavy".

"During a joint, intelligence-driven operation, the members from ORTIA narcotics task team followed up drug-related information … A wooden crate which had been declared as wine destined for Amsterdam was identified," police said on Thursday.

"Upon arrival, members identified the cargo as containing boxes with sealed bottles of wine inside the crate."

The crate was put through an x-ray machine, physical investigation and upon being weighed on Wednesday "had a little extra weight than there should be".

Suspicions aroused, the team proceeded to dismantle it and found a hidden compartment in the base.

"Inside the hidden compartment, a number of packages containing brown powder suspected to be heroin were found. The packages will be sent to the forensic science laboratories for a conclusive confirmation," said police.

There were no immediate arrests but an investigation is under way into the source of the suspected drug shipment – estimated to be worth around R1.5m if the substance is heroin.

Police said there was an ongoing multi-disciplinary narcotics team fight against the proliferation of drugs entering the country through the airport.

TimesLIVE reported on an audacious plot to smuggle heroin worth R290m from South Africa to Europe being foiled by Western Cape farmworkers in 2017.

Workers raised the alarm when a pallet of wine destined for export to the Netherlands leaned precariously to one side.

"We unpacked the boxes. The first two layers were wine but at the third layer the boxes were much lighter‚" said the foreman.

"We cut it open and saw the powder‚ then we called the police."

Man busted with almost R14m in forex at OR Tambo airport

A suspected currency smuggler has been found in possession of $997,750, which equates to about R13.8m.
News
3 years ago

How jailed SA smuggler could have helped to save rare birds

The activities that saw an SA wildlife smuggler jailed for three years in January may end up helping to save some of the endangered species he ...
News
3 years ago