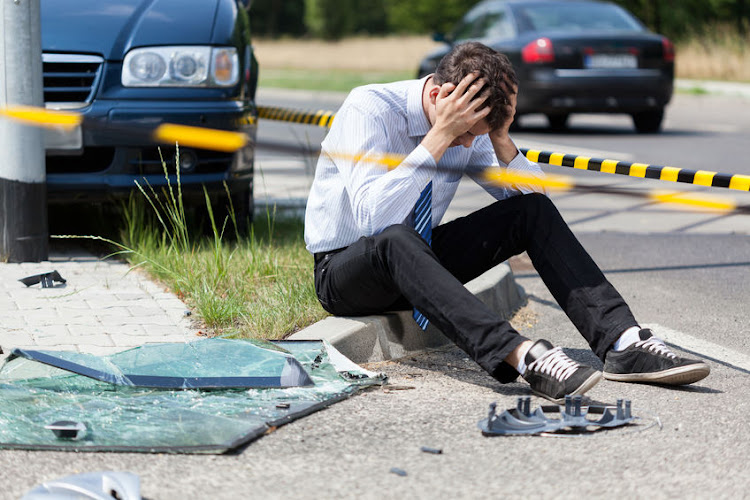 Many factors affect the likelihood of pedestrian fatalities. They include motorists' and pedestrians' habits, socioeconomic dynamics, urban design and even the time of day, week and month.
Image: 123rf / Katarzyna Białasiewicz

Pedestrian deaths, which comprise 38% of road fatalities in SA, can be designed out of towns and cities, according to research from Stellenbosch University.

Pascal Nteziyaremye, a recent doctoral graduate in civil engineering, found crashes involving pedestrians were more likely where there were traffic circles, industrial areas and intersections with at least four approaches.

The lingering effects of apartheid-era policies had "inevitably affected the way people travel as well as the extent to which pedestrian safety was prioritised", he said.

Beyond the built environment, socioeconomic dynamics also played a role in pedestrian crashes.

"Fewer people own cars in these poorer communities and residents rely solely on walking and public transport," he said.

With few safe places to run and roam, children often play in the streets, and Nteziyaremye’s research found that 244 such children were hit by vehicles.

Cape Town has unveiled the latest weapon in the city’s arsenal to catch intoxicated motorists over the festive season – a state-of-the-art drunk ...
News
3 years ago

Pedestrian crashes were more frequent during morning and evening peak traffic hours, on Fridays and Saturdays, and around payday at the end of the month, he said.

While this was linked to increased numbers of people moving around at these times, there was also a link to higher alcohol consumption.

Though everyone must be cautious, the built environment ultimately played a large role in ensuring the safety of all people on the roads, said Nteziyarmye.

"There are instances where pedestrians are left with no other choice than to jaywalk if there is no crossing facility," he said. "In this circumstance, the fault lies with planning and design. We need roads that are more user-friendly."

Police are aware of the footage but need the public's help to identify the driver and his hapless victim.
News
2 years ago

A woman was killed and two others - one of them a two-year-old child - were critically injured when a vehicle they were travelling in crashed into a ...
News
2 years ago