Two due in court for illegal trafficking of rhino stockpile 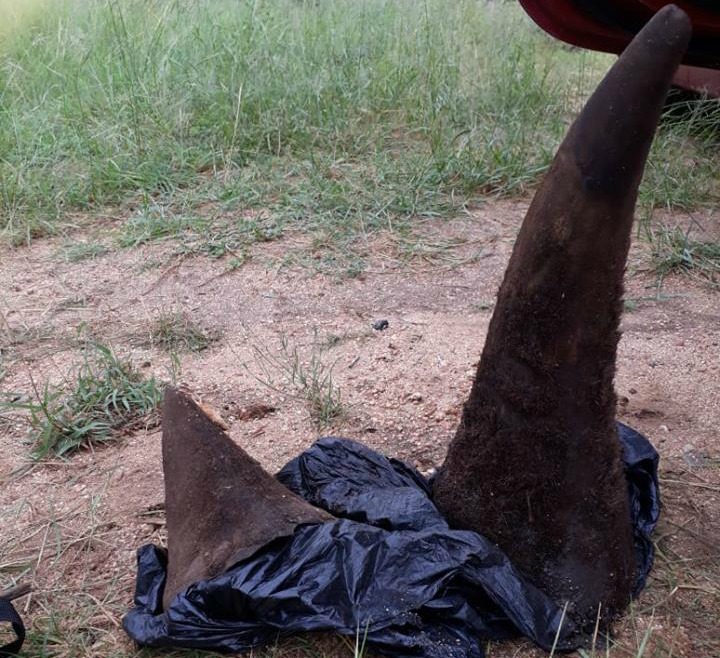 Two suspects will make their first court appearance on Monday after they were intercepted with more than 167 rhino horns on Saturday, in a sting operation executed in the Hartbeespoort Dam area in North West.

"Markings on the horns including weights and registration numbers would suggest that they originated from a stockpile of some kind," Julian Rademeyer, author of the book Killing for Profit: Exposing the Illegal Rhino Horn Trade, tweeted at the weekend.

The vehicle was intercepted. The 167 rhino horns were seized.

The suspects, aged 57 and 61, will be brought before the Brits Magistrate's Court, where they are expected to be charged with rhino horn trafficking.

"Rigorous investigations on the two suspects as well as the value of the horns is still ongoing," said Mulaudzi.

The rhino horns were destined for the South East Asian markets, the Hawks say.

This is the second major bust in the illegal rhino horn trade this month.

Hong Kong authorities said on April 6 that they had seized 82.5 kilograms of rhino horn and cut pieces after screening cargo from South Africa with Malaysia as its destination. The cargo was declared as “auto parts”.

In June 2017, the SA government said it had developed an electronic database to register rhino horns in private and government-owned stockpiles, as well as all newly-acquired horns.

It has been legal to buy and sell rhino horn within South Africa since that same year, when the Private Rhino Owners Association won a court case against the Department of Environment Affairs’ trading ban on a legal technicality. But there is a global ban on trading rhino horn so it cannot be sold to markets where there is demand, such as Vietnam and China.

Police seized more than 30 pieces of rhino horn worth R23m at OR Tambo International Airport in Johannesburg on Thursday.
News
3 years ago

A human skull and a pair of pants found in the Kruger National Park (KNP) are believed to be those of a man killed by an elephant while poaching with ...
News
3 years ago