Relax, it will take more than hot cross buns to land you behind bars: RTMC

Image: Supplied The RTMC says it will take more than eating a hot cross bun to land motorists behind bars this Easter.

The Road Traffic Management Corporation (RTMC) has assured motorists that it was highly unlikely they would be arrested if alcohol was found in their system after they had eaten hot cross buns.

“The corporation would like to assure members of the public that they will not be arrested unfairly after eating hot cross buns,” RTMC spokesperson Simon Zwane said in a statement on Wednesday.

This message came after a video clip went viral on social media showing how hot cross buns, a firm favourite during Easter, could possibly affect the reading on a breathalyser machine. 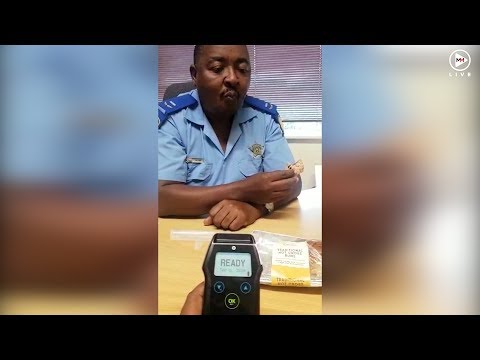 The video showed a man sitting in an office, wearing a law-enforcement uniform.

He was asked to blow into a breathalyser machine, which indicated he was sober.

The officer was then encouraged to tuck into a hot cross bun by a colleague. Two bites later, he blew into the breathalyser again and the machine produced a (false) positive reading of 0.21mg. The legal alcohol breath limit for driving in South Africa is less than 0.24mg per 1,000ml of breath.

“Guys, beware. This is dangerous,” the officer taking the video said, while the officer who had eaten the buns appeared stunned.

But the RTMC said it was not a cut and dried method to implement an arrest for alleged drunken driving.

“The public should be aware that the device used is a screening instrument and the first results obtained from it have to be validated through further tests before an arrest can be made,” Zwane said.

This means that while the breathalyser may have shown that the officer had some alcoholic substance in his mouth, a blood test may show otherwise.

Unfortunately, if a breathalyser taken at a road block shows something similar, it may earn you a trip to the police station to prove your innocence.

“It is standard practice that an alleged drunken driver, after blowing into the screener which the video shows and registering a reading over the limit, will then be taken to an evidentiary breath alcohol tester (EBAT), which has equipment that is calibrated by the National Metrology Institute of South Africa (NMISA), for accuracy. This result is the only one to determine whether to effect an arrest or not,” said Zwane.

“The EBAT machine requires that an officer must take two breath samples with 15 to 20 minutes allowance between the tests. The EBAT machine will record an error where mouth alcohol is detected. This will be the case with the video, where an officer immediately blew into the screener without a waiting period.”

Only once there is sufficient evidence that a person is indeed intoxicated would an arrest be carried out .

“The validity and accuracy of the evidential breath alcohol tester, recently launched by the national minister of transport, is in no way affected by what is shown in the video,” said Zwane, adding that a reading from an alcohol screener alone would not be valid in court.

He said it was regrettable that the video had surfaced and caused alarm at this “critical period of the year when high traffic volumes and alcohol consumption are expected over the long weekend”.

“The RTMC wants to assure the public and the fraternity in its totality that there is no sinister motive to unfairly prosecute the public with an untested measuring instrument.  We hope that the concerned authority will take appropriate corrective action to prevent a repeat of a similar incident,” Zwane added.