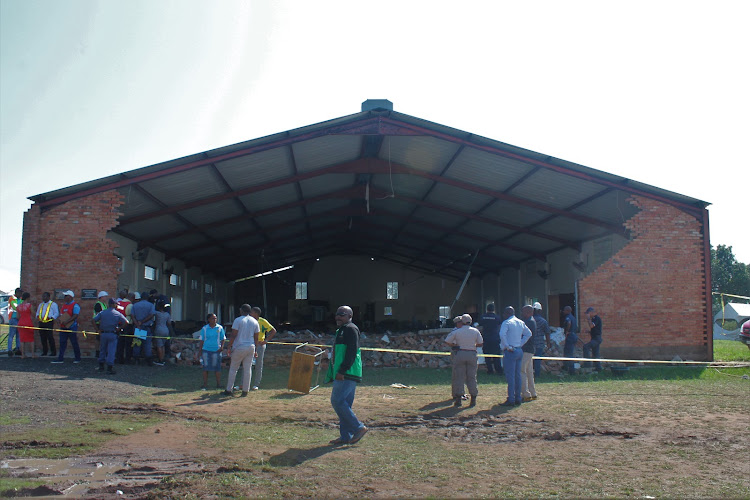 Forensic investigators assess the wall which caved in at the Pentecostal Holiness Church in northern KZN on April 18 2019, killing 13 people.
Image: Orrin Singh

The identities of the 13 worshippers who died when a wall at their church collapsed shortly after 10pm on Thursday have been revealed.

A 13-year-old, Mthabela Andiswa, was the only male among the dead, and was the youngest victim. They all lost their lives at the Pentecostal Holiness Church in northern KwaZulu-Natal following a violent storm which swept across the province, leaving behind a trail of damage and destruction. 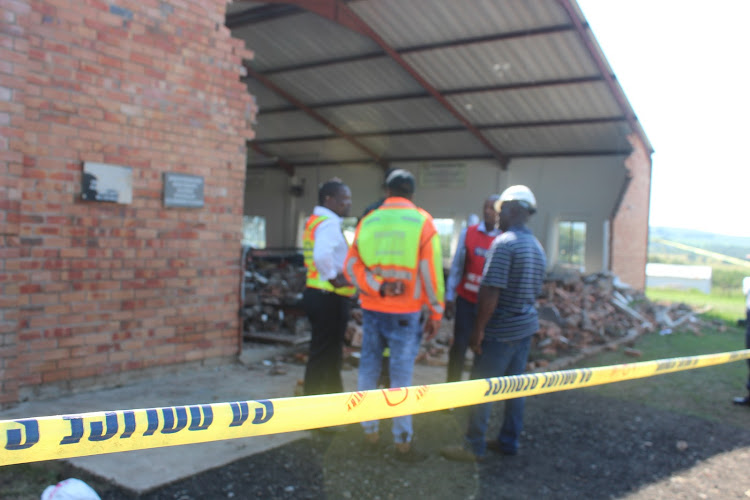 Crime scene investigators at the scene in the Heatonville area, near Empangeni in northern KZN, on April 19 2019.
Image: Orrin Singh

The following list of names has been provided to TimesLIVE, including the areas the victims were from:

A further five people were critically injured and taken to hospital, while 11 others with minor injuries were treated at the Ngwelezane Clinic in Empangeni.

Minister of Labour Mildred Oliphant in Mtimona (Ward 31) - near Empangeni in northern KZN - where a structure collapsed at the Pentecostal Holiness Church last night killing 13 people and injuring 16. @timesliveza pic.twitter.com/mFc5R0kbyR

Labour minister Mildred Oliphant said on Friday that she was devastated by the deaths of 13 people worshippers in KwaZulu-Natal, who died when a wall ...
News
2 years ago

Condolences have started to pour in for the families of the 13 people killed when a wall at a church in northern KwaZulu-Natal collapsed during a ...
News
2 years ago

Thirteen people died and 16 were injured when a church roof collapsed in northern KwaZulu-Natal as heavy storms lashed the province on Thursday night.
News
2 years ago
Next Article