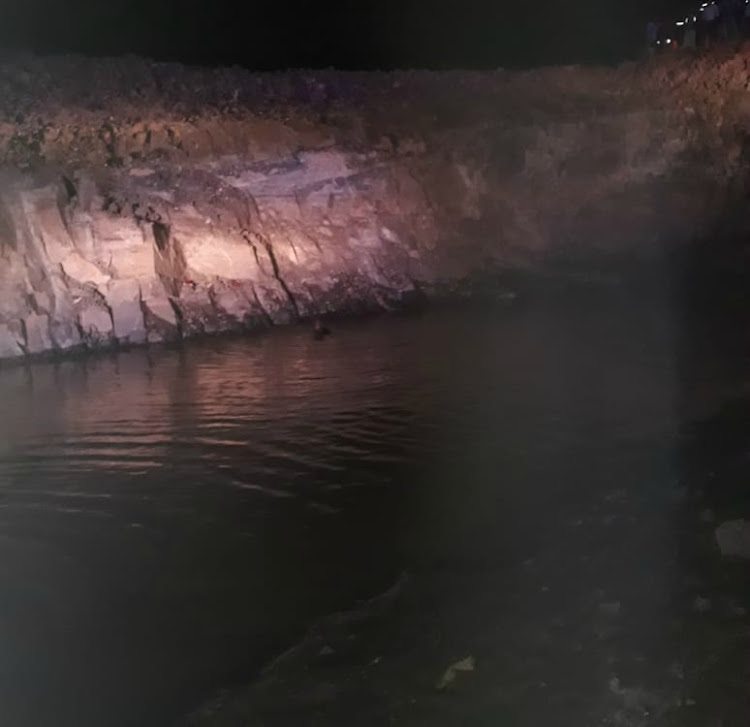 Two siblings and a friend drowned at an abandoned illegal mine in Mecklenburg, Limpopo, where they had gone to play on Sunday.
Image: Provided/ SAPS

The parents of three children - two siblings and a friend all younger than 10 - are in mourning after the youngsters drowned at an abandoned illegal mine in Mecklenburg, Limpopo, where they had gone to play on Sunday.

"The parents became suspicious when, at about 5pm, the children had not returned and were nowhere to be found. They searched in the area and proceeded to the illegal mine hole which was filled with water due to the recent rains that fell in the area," said police spokesperson Captain Mamphaswa Seabi.

"On arrival, they were met by the sight of their children's clothes next to the dam and started anticipating that the worst might have happened."

The incident was reported to the local police and members from the provincial search and rescue and K9 unit were then summoned to the scene.

"The three bodies were later retrieved from the water. They were identified as the Ramabala siblings - Machaba aged eight and Itumeleng aged nine as well as their friend, Pabalelo Mokgethwa, aged seven," said Seabi.

An inquest case was opened.

The children were from Phashaskraal village outside Burgersfort. The siblings were in grade 4 and their friend in grade 2, according to the police.

A similar incident happened recently when an 11-year-old boy's body was recovered from Revhumbwe river in the Malamulela policing area.

Police urged parents to monitor the areas where their children played.

"The provincial commissioner of the South African Police Service in Limpopo, Lieutenant-General Nneke Ledwaba expressed concern at the loss of the young lives and has urged parents to look after their children and strongly caution them against swimming in water filled holes," said Seabe.

Communities were also urged to refrain from engaging in illegal mining, digging up holes and leaving them open as this posed a hazard, especially to children.

For Sarah Tambani, the image of her son Thapelo's body being pulled from a water-filled trench near her home in Soshanguve will forever be seared ...
News
2 years ago

Police have opened an inquest docket following the drowning of a 14-year-old girl at Jabula Beach in St Lucia on the KwaZulu-Natal north coast.
News
2 years ago

The 23-year-old jumped into the water with his clothes on.
News
2 years ago