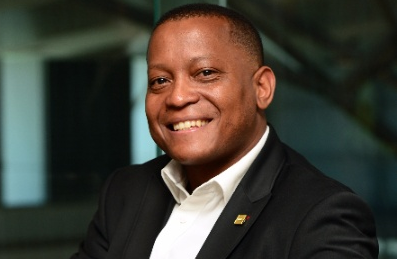 Former SABC COO Chris Maroleng is taking legal advice and is likely to appeal against his dismissal.

The public broadcaster said in a brief statement on Tuesday: “The SABC board met on Tuesday April 23. After due consideration of the findings and recommendations of a disciplinary process, the board resolved to terminate the contract … with immediate effect.”

Maroleng was appointed in January 2018, taking over from Hlaudi Motsoeneng who was fired in June 2017 for bringing the SABC into disrepute.

Speaking on radio 702 on Tuesday evening, Maroleng said he felt “quite devastated” after being axed and insisted that he had acted in the best interests of the broadcaster.

“Even though I do take note, and I accept, that the disciplinary committee was in a position to make the findings that they have, I am currently considering my options with my legal advisers,” he told the radio station.

He added that he would most likely appeal against the decision to dismiss him.

“I want to put on record that in all my actions at the SABC I didn’t act out of self-interest, I didn’t act to enrich myself. I didn’t act in a way would bring disgrace to the SABC,” he said.

Editor's Note: According to media reports, the former COO is known by the surname Maroleng, but his official last name is actually Maroleni.

The 1994 election debate between Nelson Mandela and FW de Klerk stirred a lot of reaction on social media.
Politics
3 years ago

President Cyril Ramaphosa on Friday announced the appointment of eight new SABC board members following recommendations made to him by the National ...
News
3 years ago

African Content Movement (ACM) leader Hlaudi Motsoeneng says a decision by the SABC  not to flight the party’s manifesto launch live on air is ...
Politics
3 years ago