IN PICTURES | Another Cape Town bus goes to blazes, three hours after the first 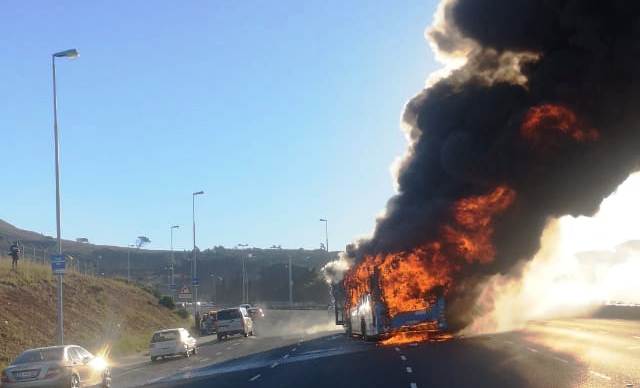 A MyCiTi bus goes up in flames on Hospital Bend in Cape Town on April 25 2019.
Image: City of Cape Town

A second bus went up in flames in Cape Town on Thursday afternoon.

A MyCiTi bus heading into the city centre on Nelson Mandela Boulevard caught fire, sending a thick plume of smoke into the air. 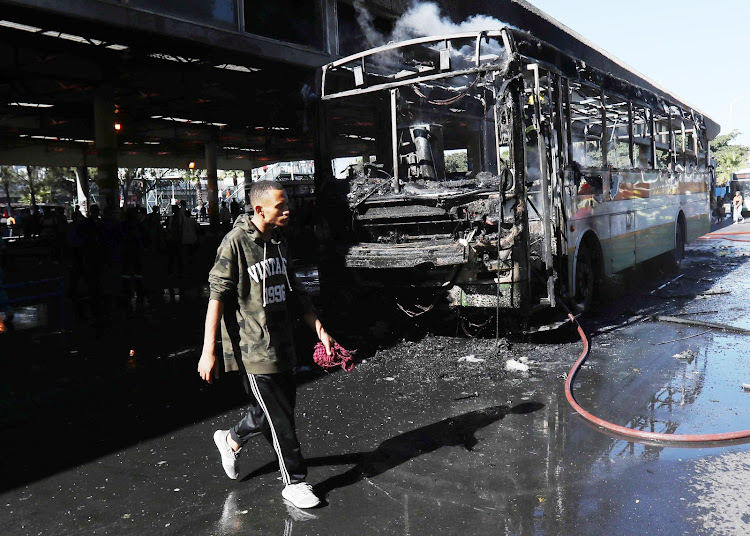 The remains of the Golden Arrow bus that caught fire in Cape Town on April 25 2019.
Image: Esa Alexander

Less than three hours earlier, a Golden Arrow bus was destroyed in a fire as it waited to load passengers at the city centre terminus next to the Golden Acre.

City of Cape Town mayoral committee member JP Smith said the MyCiTi fire started in the engine compartment of the bus as it climbed Hospital Bend shortly before 5pm, and quickly engulfed the vehicle. 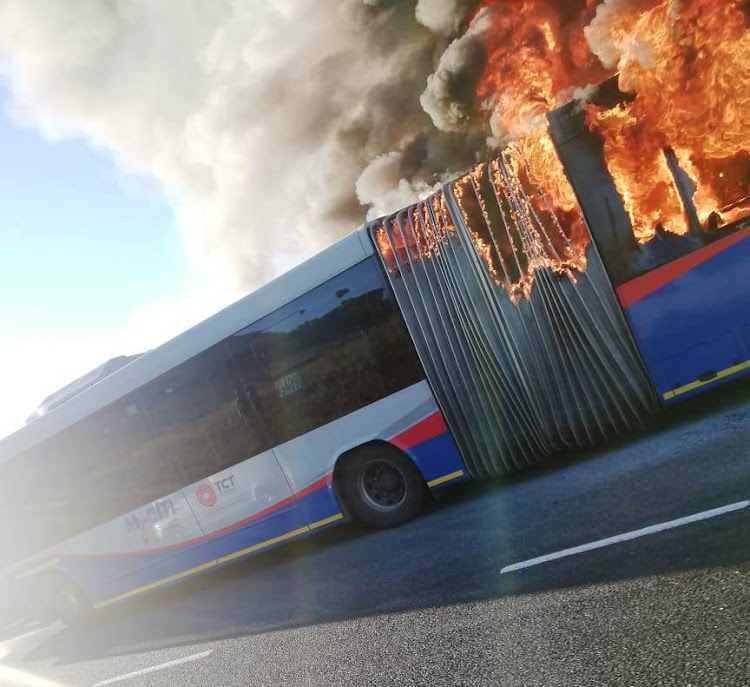 The fire spreads from the rear engine compartment to the rest of the bus on Hospital Bend in Cape Town on April 25 2019.
Image: City of Cape Town

The bus, which had no passengers aboard, stopped in the middle lane and the driver escaped.

Smith said the road had been closed and traffic heading towards Cape Town was being diverted.

The Golden Arrow bus caught fire around 2.20pm, and a company spokesman said while the cause of the blaze was unknown there was no reason to suspect arson.

A plume of black smoke rising from the vicinity of Cape Town station on Thursday came from a burning bus, rather than a train.
News
3 years ago

The Cape Peninsula University of Technology (CPUT) has appealed for calm after two buses were set on fire and an administration building came under ...
News
3 years ago