Unidentified bodies in mortuaries as toll approaches 70 after KZN floods 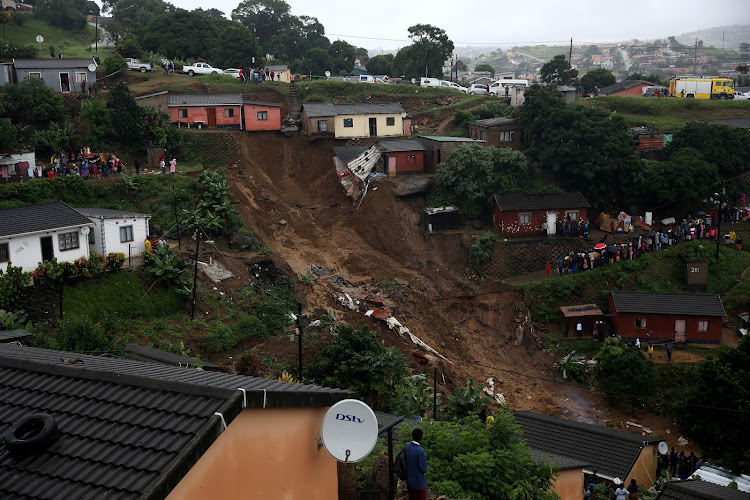 The death toll in the devastating KwaZulu-Natal floods is approaching 70.

This is according to KZN's acting premier Sihle Zikalala, who said on Thursday that the number was close to 70 and that a confirmed figure would be released later in the day.

Torrential rains battered KwaZulu-Natal and the Eastern Cape on Monday, forcing schools, businesses and train services to close on Tuesday.

Cogta MEC Nomusa Dube-Ncube told journalists on Tuesday that massive damage had been "inflicted on public and private infrastructure".

She said more than 2,000 emergency calls had been logged since Monday night.

On Wednesday, search and rescue teams recovered the bodies of 77-year-old Wendy Conde, who went missing following the floods on Monday, and an unidentified man in his twenties from the Umtentweni River.

Conde was swept off the Umtentweni bridge while driving her Ford Fiesta on the N2.

Search and rescue members made the second recovery in an underground storm water drain.

The bodies of 19 people are lying unclaimed at mortuaries in the province following the floods.

"If there is a friend or family member that you haven't seen in the past two days, please come and assist us at these two mortuaries," said Dhlomo .

Dhlomo said that of the 40 bodies that were kept in Pinetown, six had not been identified while only two of the 15 bodies in Magwaza Maphalala Street mortuary had been identified.

President Cyril Ramaphosa has spoken out about the impact that climate change is having on the country.
Politics
2 years ago

Three bodies were recovered on Tuesday at a home that collapsed in Queensburgh, south of Durban, on Monday night, bringing the overall death toll at ...
News
2 years ago

Scores of South Africans are conveying messages of support to people affected by floods in KZN.
News
2 years ago