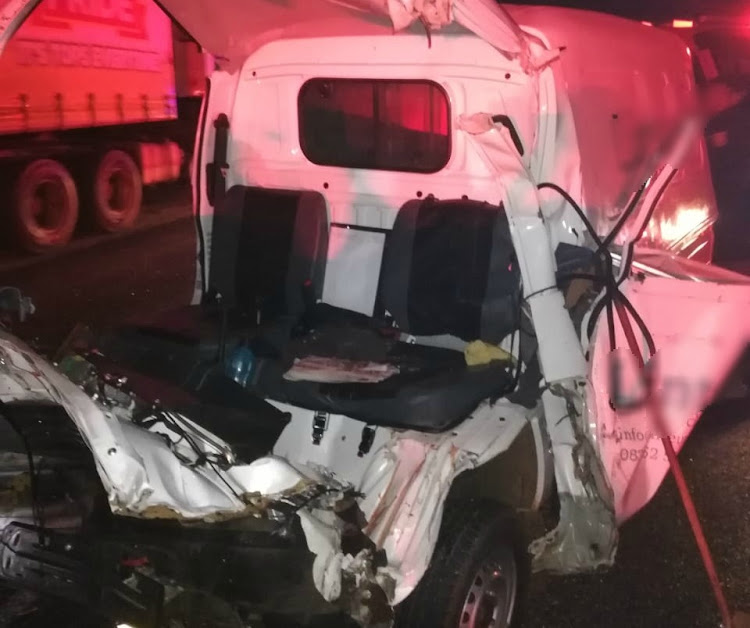 The fire-and-rescue services had to use the jaws of life to free three people from a crashed vehicle on Kliprivier Road. One was declared dead on the scene and two others were rushed to hospital.
Image: Netcare911

One person died and two others were left in a critical condition after the vehicle they were travelling in crashed into a cow in Midvaal, Johannesburg, paramedics said on Wednesday.

Herbst said when they arrived on the scene the three people were trapped inside of the car.

The fire-and-rescue services had to use the jaws of life to free them.

One person was declared dead on the scene and two others were rushed to hospital in a critical condition.

The cow had also died.

An alleged illegal miner had both his legs amputated by a digger in the City Deep area of Johannesburg on Sunday morning, paramedics said.
News
1 year ago

Cows euthanised after gruesome crash on M1 highway in Joburg

A gruesome scene unfolded between Grayston Drive and Corlett Drive on the M1 in Johannesburg when a trailer carrying six cows overturned on Sunday.
News
1 year ago
Next Article