Over 13,000 dried abalone found in car in Cape Town 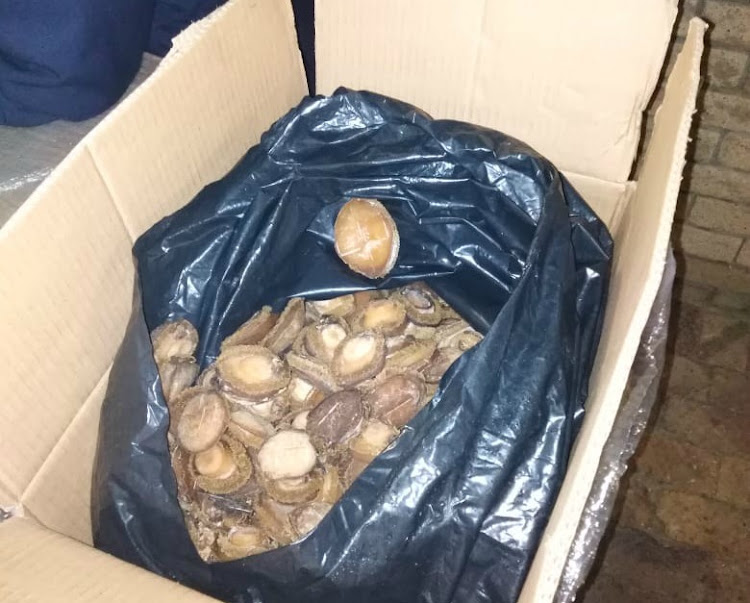 The police nabbed a man found in possession of over 13,000 abalone after he skipped a red traffic light.
Image: Saps

A man has been arrested after he was found in possession of over 13,000 shucked dried abalone in Table View, Cape Town, police said on Sunday.

Van Wyk said officers stopped next to the car and saw boxes wrapped in plastic bags.

"The driver was requested to stop the vehicle and to answer on the contents of the sealed boxes.

"When he could not account for its contents the members checked the 35 boxes and found it to be filled with a total of 13,042 shucked dried abalone," Van Wyk said.

The 37-year-old was arrested and charged under the Living Marine Resources Act.

Van Wyk said the value of the abalone still needed to be confirmed.

The man is expected to appear in the Cape Town magistrate's court on Monday.

One of the suspects allegedly involved in a massive poaching syndicate with nine department of agriculture, forestry and fisheries anti-poaching ...
News
2 years ago

Three men were arrested in a police raid on a large abalone processing operation in Paarl on Tuesday.
News
2 years ago