Red flags up, a lifeguard instructs people not to swim on Durban’s North Beach where swimming has been banned and a surfing competition planned for this weekend has been cancelled.
Image: JACKIE Clausen

An international surfing competition that was expected to kick off in Durban on Friday has been cancelled after all beaches along the city's popular Golden Mile were closed because of a raw sewage leak.

Head of communications at eThekwini municipality Msawakhe Mayisela said on Friday that about 20% of raw sewage flow had been discharged into the harbour at Lavender Creek.

"An investigation by the water and sanitation department has identified the main cause of the pump failures is the failure of the mechanical rakes at the entrance to the pump station, allowing an ever-increasing number of foreign objects to enter the pumping system," said Mayisela.

"This resulted in the pumps tripping and failing mechanically. The mechanical rakes have been repaired. Due to the foreign objects entering the pumps, they became imbalanced and the consequential vibration caused them to fail."

Mayisela said the pumps and spares were imported and that repairs were expected to take place only on Monday.

"In the interim, we plead with residents, tourists and business owners to refrain from getting into contact with the contaminated water until a communication to do otherwise is issued," he said.

Head of surfing at Accelerate Sport Tasha Mentasti said the Zigzag Durban Surf Pro had to be cancelled over health and safety concerns.

Rescue workers and volunteers worked tirelessly for four hours to save a feral horse that had fallen 8m into a sewage pit on a farm in Richmond, ...
News
1 year ago

Mentasti said hundreds of surfers had arrived in the city and they were "ready to rock and roll".

"We had 130 entries from throughout SA and 10 international entries. All the athletes are already in Durban as the competition was set to start on Friday and end on Sunday."

She said big names within the surfing world were expected to headline the event.

"From a South African point of view, we had the best surfers in the country signed up and ready to compete. The likes of Adin Masencamp - the 2018 World Surfing League (WSL) African Champion - and Matthew McGillivray - SA's highest seeded surfer on the WSL Qualifying Series."

When TimesLIVE visited the Golden Mile on Friday lifeguards on duty had hoisted red flags from Ushaka to North Beach where swimming has been banned. 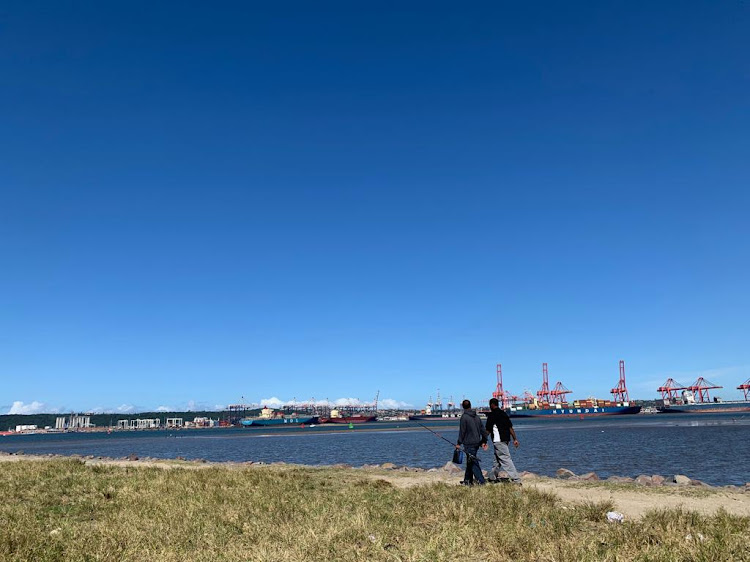 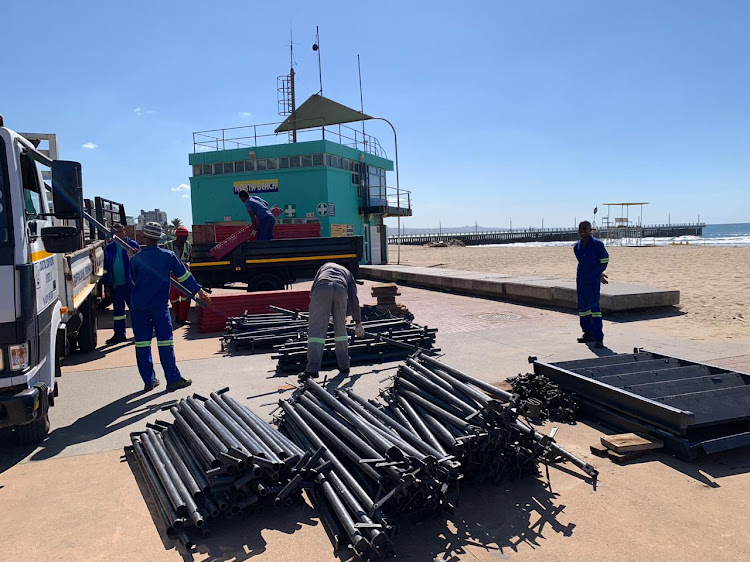 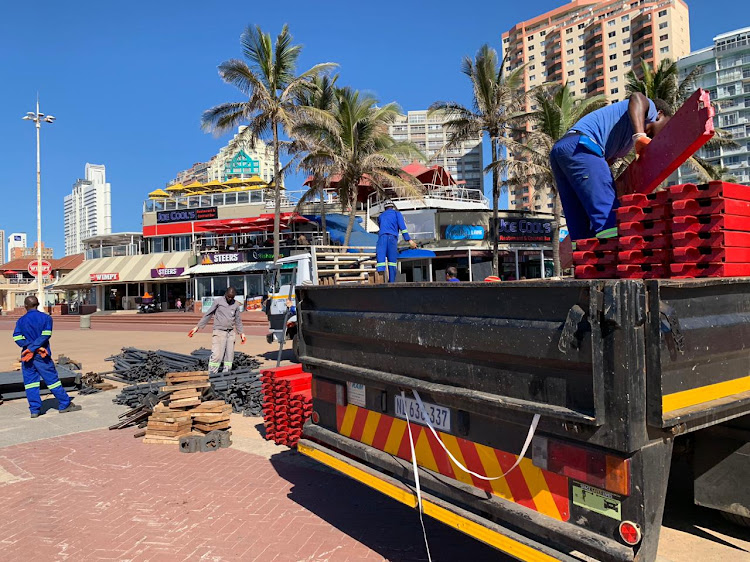 This as TNPA's  environmental department was still battling the waste polluting the harbour after the Easter weekend floods.

The authority said on Thursday night that pollution control teams were working around the clock to clear the port's water surface of huge volumes of plastic waste and vegetation which made its way into the port following the recent heavy rains in the region.

"The port is, unfortunately, on the receiving end of a large volume of litter, effluent and sewage that is discharged through the storm-water reticulation system from a catchment area of more than 200km²," TNPA said.

Mentasti said she was disappointed by city's services as she was now left to sort out the cancellation of a "massive and well-planned event".

"We had multiple beach activities planned for this weekend - it's really unfortunate but the health and safety of the athletes is our main concern.

"I grew up on the Golden Mile and represented SA in surfing. The city's services have truly let us down."

She said following an emergency conference call with members of the WSL on Thursday, a decision was taken to cancel the event.

"We communicated the message to the athletes about 7pm after being updated on the state of the ocean. We dealt with it the best way we could in the circumstances," she said.

Sewage clean-up and pledge to target crime in Alexandra, post-protests

A high-level government team has begun with a four-point plan to address issues raised during the Alexandra shutdown protests, and is promising a ...
News
1 year ago

More than 150 bags of litter have been collected along the Durban shores, as clean-up efforts continue following recent floods that battered the ...
News
1 year ago

The devastating floods which claimed 71 lives in KwaZulu-Natal have officially been declared a provincial disaster.
News
1 year ago
Next Article