Protesting Maritzburg residents get lights and water after meeting mayor 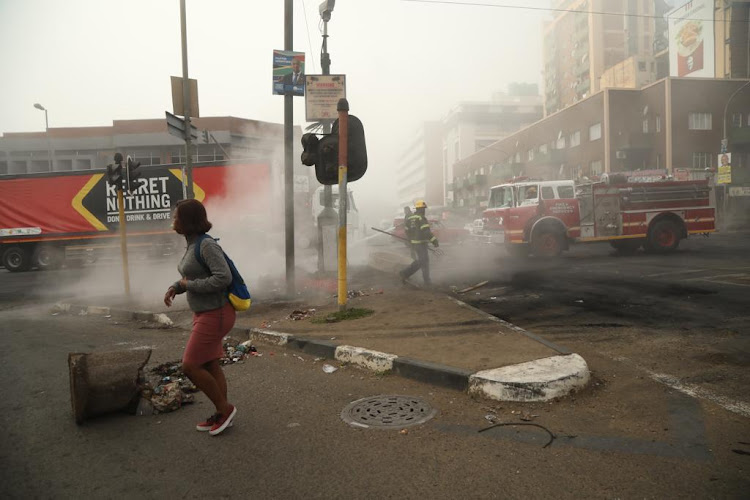 The fire department clears away debris that was set alight during a protest in Pietermaritzburg on Tuesday night.
Image: Jackie Clausen

Electricity and utility services have been restored at a Pietermaritzburg hostel following violent protests on Tuesday night.

"Their representatives and representatives from the human settlements department met  the mayor and the issue was resolved. Their electricity and services have been restored," she said.

During a rampage through the capital city's centre late on Tuesday night, protesters demanded to address mayor Themba Njilo after their electricity was disconnected due to nonpayment.

The mayor had agreed to meet them on Wednesday morning.

"They protested in the city centre last night and in Imbali. In the city centre there was no damage reported. However, in Imbali they were trying to damage the roads - but those people ended up being arrested," said Mafumbatha.

She confirmed that the protesters had dispersed early on Wednesday morning.

Protesters, who had gone on a rampage in Pietermaritzburg's city centre on Tuesday night, dispersed by morning.
News
3 years ago