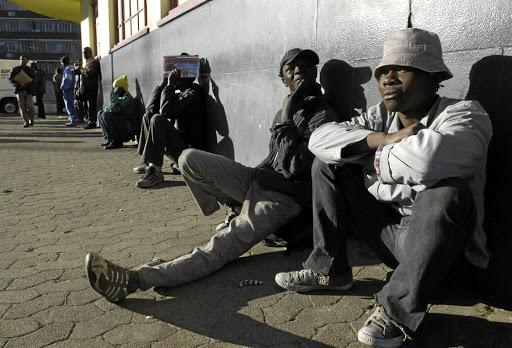 Stimulating small business and manufacturing while loosening red tape can stem the worsening rate of unemployment in South Africa.

He made this comment following the release of the quarterly labour force survey by Statistics SA this week, which showed that the number of employed people decreased by 237,000 to 16.3-million in the first quarter of 2019.

The survey said the number of unemployed people increased by 62,000 to 6.2-million compared to the fourth quarter of last year.

He suggested the government should move away from central state planning and allow a much greater role for the private sector.

"Flowing from this, there will be a greater desire by private business and foreign businesses to invest in South Africa. The government should encourage those companies to South Africa which had not previously been prepared to invest in the country."

Unemployment statistics shock Mzansi - 'This is a crisis'

Statistics SA revealed alarming figures of unemployment in SA, which has sparked conversation about skills scarcity and entrepreneurship.
News
3 years ago

Silke said that to encourage more businesses to open, the government should reduce the regulatory red tape when it came to starting a small business. He said the country was not competitive on this aspect compared with other African countries.

He also suggested the country place focus on reviving manufacturing sectors, such as electrical component manufacturing and clothing. This was an opportunity for rapid job creation, albeit at lower levels.

Silke said some of the manufacturing jobs had moved away from China, as a result of increased wages, to African countries.

He said there was a growing market on the continent for electrical components.

"Why can we not make TV sets for the continent? We have the infrastructure, the capacity and the workforce to do these things," Silke said.

He said the employment rate could be potentially increased if the country had a more streamlined visa regime to attract more tourists.

Within days of the Election, the rise in #SouthAfrica #unemployment figures is a stark reminder that without policy shifts & confidence-building initiatives, SA will continue to under-perform in a low growth environment - and more ominously, will alienate its youth even further. https://t.co/Xp6JnJioZY

More than half of recent University of Cape Town graduates have found jobs in the private sector, and one in five are earning more than R20,000 a ...
News
3 years ago