Veteran prosecutor Cronje back to the organisation she helped set up 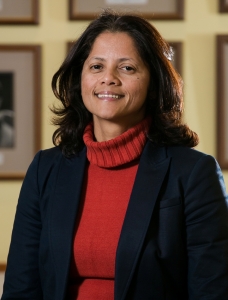 Newly appointed head of the investigative directorate in the office of the National Director of Public Prosecutions Hermione Cronje.
Image: Cape Bar

Hermione Cronje, who was appointed director of the investigating directorate established in the office of the National Director of Public Prosecutions (NDPP), returns to the organisation she had a hand in setting up.

The directorate Cronje will head will be dealing with serious, complex and high-level corruption, including allegations emerging from the Zondo, Nugent and Mpati commissions of inquiry.

Cronje's appointment was made by President Cyril Ramaphosa last week.

Cronje came to the National Prosecuting Authority (NPA) in 1998 when the first NDPP, Bulelani Ngcuka, was appointed.

Cronje was initially seconded to Ngcuka from parliament, where she had worked for two years after graduating with an Llb degree from the University of Cape Town. Ngcuka did not have staff and asked his parliamentary secretary and Cronje to help him set up office.

"She was also one of the founding members of the Asset Forfeiture Unit in the NPA," NPA spokesperson Bulelwa Makeke said.

After helping set up the office of the NDPP, Cronje spent eight years as regional head of the Asset Forfeiture Unit (Western Cape), an office she built from scratch.

These included the confiscation application in the Schabir Shaik matter, resulting in the Constitutional Court judgment forfeiting to the state R30m derived as the proceeds of corruption.

No chance of Ramaphosa being ousted, so his focus should be on not being another failed president

In one of the cases she argued in court for the unit in 2008, Lenasia businessman Achmat Mather was ordered to forfeit to the state R1m, which was deemed to have been proceeds of unlawful activities. Mather had been convicted of racketeering and theft related to a series of hijackings of British American Tobacco cigarette trucks in the Western and Eastern Cape between June and October 2003. Although Mather was not directly involved in the robberies, he bought the consignments of cigarettes once they were transported to Gauteng.

A Llandudno mansion was sold that same year for a cool R12m. The partially built house in the exclusive seaside suburb in Cape Town belonged to druglord Martin Wanden, who was jailed in Ireland. His house, car and boat were seized by the Asset Forfeiture Unit of the NPA in terms of the Prevention of Organised Crime Act, as they were purchased with the proceeds of a crime.

Cronje said at the time her the unit was "happy" with the price fetched by the sale and that it sent a strong message to criminals that they would not be able to hold on to the proceeds of their crimes. She said this was then the second-largest sale realised by the unit in Western Cape; a year prior, a Waterfront apartment of a renegade Nigerian businessman was sold, also for R12m.

Approximately 250 victims of fraud benefited directly from her work in 2004, when a face-brick building built with the proceeds of a Road Accident Fund scam was sold for R3.5m.

Cronje left the NPA in 2011 and became an advocate in private practice at the Cape Bar in December 2012.

Veteran prosecutor Adv Hermione Theresa Cronje has been appointed to head the so-called state capture investigative arm of the NPA for the next five ...
Politics
3 years ago