Man killed after truck knocks down wall in Johannesburg CBD 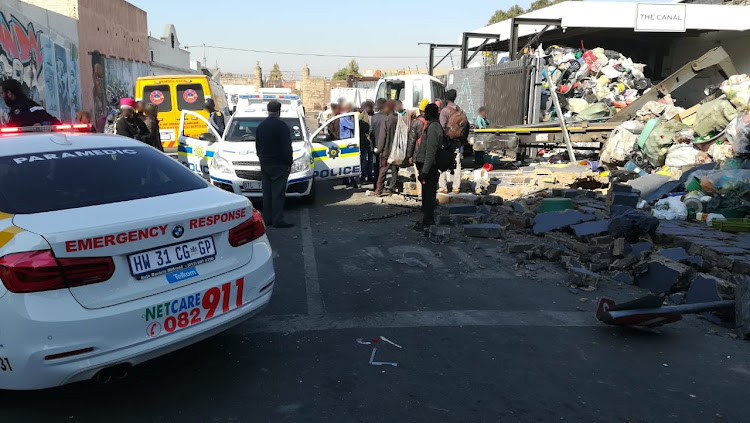 A tipper truck transporting recycling materials knocked down an 8m portion of a wall which then fell on two people.
Image: Netcare911

One person died after a truck transporting recycling materials knocked down a wall in Johannesburg on Wednesday.

Netcare911 spokesperson Shawn Herbst said the incident happened about 9.25am on the corner of Kruger and Marshall streets in the Johannesburg CBD.

Herbst said the tipper truck knocked down an 8m portion of a wall, which then collapsed on two people.

One man was declared dead on the scene while a woman sustained moderate injuries to her lower limbs. She was transported to hospital.

Woman and child killed in bed as wall collapses

A woman and a young boy died on Friday morning when a wall collapsed on them at a house in Slangspruit, Pietermaritzburg.
News
3 years ago

A woman who was fighting for her life in hospital after being crushed by a collapsed wall at a KZN church last month has succumbed to her injuries.
News
3 years ago