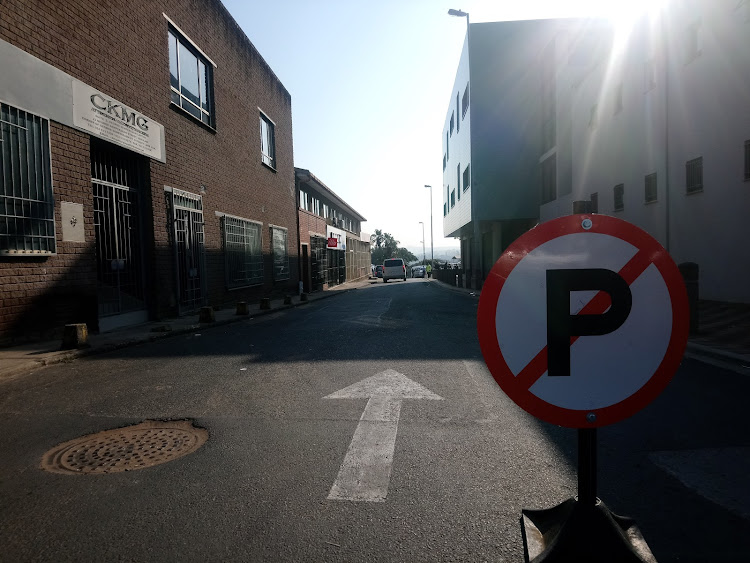 A large contingent of police cordoned off Court Road at the Verulam Family Court, preventing the public, court officials and journalists from entering.
Image: ORRIN SINGH

The Verulam Family Court was closed to court officials, the public and the media ahead of the bail application of an alleged Isis loyalist on Thursday.

The bail application of Ahmad Jackson Mussa, a 35-year-old Malawian citizen better known by his alias, "Bazooka", was expected to proceed with only the prosecution, defence team and magistrate present in court.

Mussa's co-accused, Sayfudeen Aslam del Vecchio and Bibi Fatima Patel, who were denied bail last year, were also expected to be present in court, at their own request.

The fourth accused in the Isis-linked murder case of Cape Town-based British botanists Rodney and Rachel Saunders will make a formal application for ...
News
1 year ago

The trio faces a raft of charges pertaining to the kidnapping and murder of Cape Town-based British botanists Rodney and Rachel Saunders in February last year.

When TimesLIVE arrived at the court, a large contingent of police, metro police and members of the National Intelligence Agency (NIA) had cordoned off Court Lane, a one-way road in which the family court is situated.

A veil of secrecy had been cast over why the court had been closed.

A court official, who did not want to be named, said a decision was taken to control access to the court after information emerged of a security risk.

Hawks spokesperson Capt Lloyd Ramovha said the decision to have the court closed to the public was not irregular.

"There is absolutely nothing out of the ordinary with the security measures put in place. We are just being proactive and can never be too careful. As you would remember, the suspects are facing serious charges which also relate to alleged terrorism in contravention of the Protection of Constitutional Democracy against Terrorism and Related Activities Act," he said.

National Prosecuting Authority (NPA) spokesperson Natasha Kara could not be reached for comment.

This is not the first time issues of security around the accused have been raised.

In March last year Del Vecchio was transferred from Westville prison to Kokstad’s Ebongweni C-Max prison, South Africa’s only super-maximum security prison and  regarded as one of the most secure in the southern hemisphere.

Del Vecchio's top-secret transfer came after prison officials claimed they had uncovered a plot which would jeopardise the facility.

Alleged Islamic State loyalists couple Aslam Del Vecchio, 39, and his wife Fatima Patel, 28, were asked to respect the court as they shared moments ...
News
1 year ago

A threat to Durban’s Westville prison is thought to have prompted the secretive move of terror suspect and alleged Isis acolyte Sayfydeen Aslam del ...
News
3 years ago

The man at the centre of the kidnapping and gruesome murder of Cape Town-based British botanists Rod and Rachel Saunders spun a tale of torture and ...
News
2 years ago
Next Article