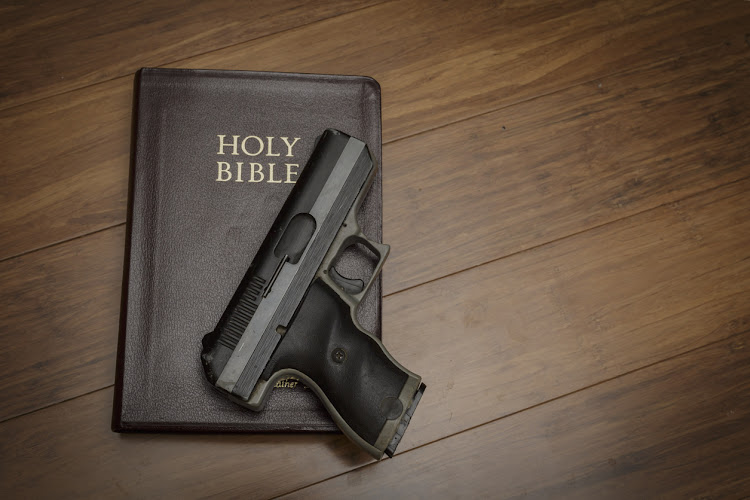 Joburg police have introduced a 'divine intervention programme' whereby they join hands in prayer with churchgoers and pastors, praying for victims and perpetrators of crime. Stock photo.
Image: iStock

"Never underestimate the power of prayer."

That is how police spokesperson Capt Xoli Mbele on Thursday signed off a media statement titled "Divine intervention prayer led to the arrest of two suspects for armed robbery".

This after police arrested two suspects on Wednesday evening on the corner of Von Wielligh and Jeppe streets in downtown Johannesburg.

"The victims were coming from church on their way home when they were confronted by the suspects. One of them pointed a firearm and they took their bags. But while trying to run away the suspects were cornered by police. The firearm they used and the victims' bags were recovered," said Mbele.

It turned out the firearm used in the robbery was a toy gun.

The suspects, aged 22 and 38, will appear in the Johannesburg Magistrate's Court soon.

This is not the first time police have made a religious reference to a case. Mbele told TimesLIVE on February 14 this year after another robbery: "If you believe in the Bible, you can trust that God was there for that victim."

Mbele previously said the police had introduced a divine intervention programme in 2018, joining hands in prayer with churchgoers and pastors.

"It's now a project that all the police stations are doing, praying so that crime can decrease … We try to pray and ask God to come and intervene ... and also to pray for the suspects," said Mbele.

"Through prayer, I’ve seen many obstacles being overcome and some of the crimes will be solved."

A police constable was fatally wounded during a shootout while chasing suspects involved in a farm robbery in Stellenbosch on Wednesday night.
News
2 years ago

A motorist was seen speeding towards a junction in northern Thailand on May 17 2019.
News
2 years ago