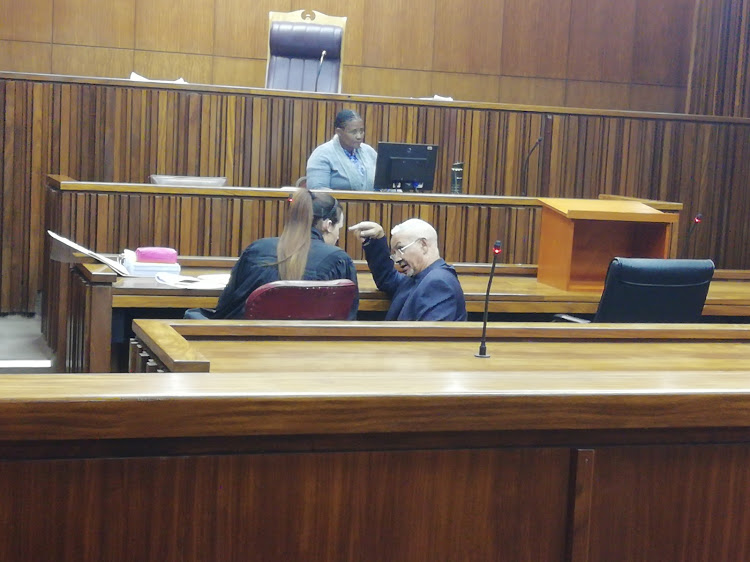 Former EMPD superintendent Adam Cummings consults with his lawyer prior to judgment in his human trafficking, rape and kidnapping criminal trial at the High Court in Johannesburg.
Image: Suplpied

A former metro police superintendent has been convicted on three counts of rape and one of human trafficking, following a lengthy criminal trial that revealed how he had used a young female accomplice to find Soweto children to sexually assault.

The 14 charges stacked against Adam Cummings and his co-accused, Tebogo Johanna Maregele, included the ordeal of a nine-year-old girl who told the court that, after being raped, she was taken back to her neighbourhood, with R50 in hand and some food.