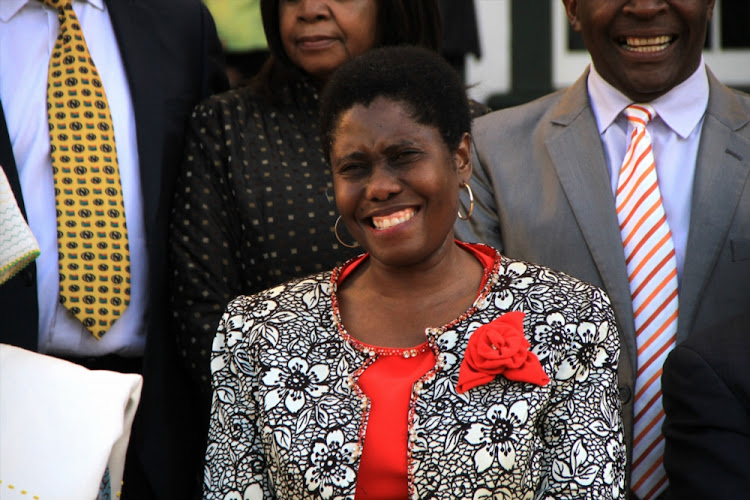 State Security Agency minister Dipuo Letsatsi-Duba's office has denied, in a terse statement, claims that she had spied for the agency on her colleagues in the ANC.

The agency categorically denied that Letsatsi-Duba had been one of its sources or agents.

The statement was issued in response to a weekend article in the Sunday Independent which alleged that she had "lived a double life as a Limpopo MEC and a paid spy" for more than a decade.

Letsatsi-Duba was elected ANC treasurer in Limpopo 2008 and was agriculture MEC between 2009 and 2014.

"The State Security Agency [SSA] is ordinarily loathe to comment on its methods and resources," the agency said in its statement.

"However, in light of the article published in Independent Newspapers group on May 19 2019 alleging that minister Dipuo Letsatsi-Duba was an agent of the SSA, it is in the public interest element that we respond.

"In this regard we wish to categorically state that minister Letsatsi-Duba has never been a source or agent of the SSA."

The agency has been rocked by damning findings contained in a report by a high-level review panel, led by former minister and academic Sydney Mufamadi.

The panel found that during Jacob Zuma's presidency, when former spy boss Arthur Fraser headed the agency, it was used to fight factional battles and illegally spy on Zuma's opponents.

The Sunday Times reported at the weekend that Fraser, in his 78-page response to the findings, claimed that former apartheid spies incorporated into post-1994 intelligence structures had sold fake information to ANC politicians, including former presidents, to sow division in the state.

President Cyril Ramaphosa is facing a rebellion by senior spooks in the State Security Agency who are threatening to topple him over his plans to ...
News
2 years ago

Peter Munetsi, a senior Zimbabwean spy operative, died as a result of multiple blunt force injuries during the military-led coup that ousted former ...
News
2 years ago

How the State Security Agency fell into 'financial ruin'

The State Security Agency (SSA) is under fire for illegally providing protection to ANC Youth League big wigs and other private citizens.
News
2 years ago