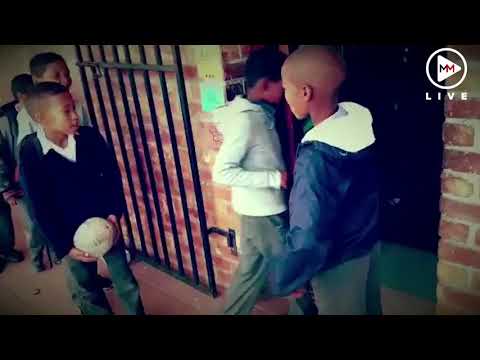 With dances, hugs, dabs and fist bumps, Grade 3 children at a Western Cape school have warmed hearts all over the country.

A video of Surita Beukes's class at Worcester Roman Catholic Primary choosing how they want to greet each other before lessons begin has gone viral.

It shows the pupils lining up at the door, where pictures show each greeting option. The children tap their chosen greeting and hug, dab, dance or fist-bump with the classmate welcoming them.

Beukes said she got the idea from a video on Instagram of a similar morning greeting ritual overseas.

"I decided I would try this, and it turned out to be very nice for my kids," she said.

She began the morning and afternoon ritual at the end of the first term, with each student choosing how they would like to greet her.

"Then I decided to take one kid who was looking down before class and said, 'come, it’s your turn today and you're going to greet for us', and he had the biggest smile on his face," she said.

Since then, pupils take it in turns to greet classmates.

"I had been doing it so long so I decided to video it and put it on my Facebook," said Beukes.

From there a friend asked to share it on his LinkedIn page, where it picked up views. It eventually found its way to Twitter, where it has racked up more than 180,000 views and hundreds of positive comments.

"My principal also got a call from Western Cape education department saying it’s a nice video, and since [South Africa's] kids are lately in the news for violence it will lift them up and inspire other teachers as well," said Beukes.

"The education department has the "transform to perform" strategy and I think we have to transform for the kids to perform, but also for us as teachers."

Starting and ending the day in this way had made an impact in her classroom by creating more of a family atmosphere, Beukes said.

"It actually has had an effect on them and the good friendships they have with one another in class.

"Learning happens when you make learning memorable and fun so if that is how we can start the day with fun and a smile on your face we are halfway there to teaching them and enriching their minds," she said.