Cash, pistol and cars seized as police close in on cash-in-transit robbers 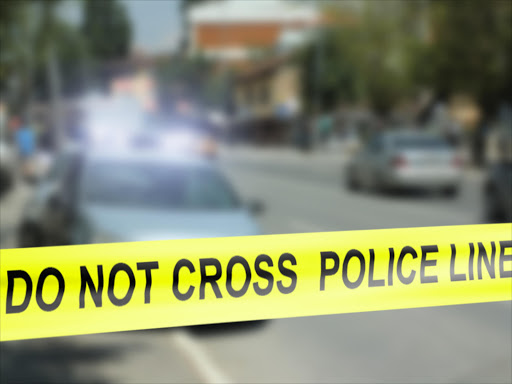 One suspect was arrested and incriminating evidence was recovered in Atteridgeville after a cash-in-transit heist.
Image: iStock

One suspect was arrested and incriminating evidence was recovered in a house in Atteridgeville hours after an attack on a cash-in-transit (CIT) vehicle in Lotus Gardens, west of Pretoria.

The brazen attack took place just before sunset on Tuesday, the police said in a statement on Wednesday morning.

Within hours, one suspect was arrested and incriminating evidence was recovered in a house in Atteridgeville, said the police.

The robbers forced the CIT vehicle to a halt after firing shots at it.

The guards were subsequently disarmed and the suspects used explosives to blow open the safe of the vehicle. They fled, taking an undisclosed amount of money as well as the pistols belonging to the guards.

A joint task team comprising members of crime intelligence, the Hawks, the Gauteng operational command centre as well as a national intervention team worked into the night.

A gang of 15 suspects stole four firearms and shot at a cash-in-transit van in a brazen daylight robbery in Port Elizabeth on Tuesday morning.
News
2 years ago

Intelligence led the police team to a house at Kgokong Street, Atteridgeville, where they arrested one suspect and recovered the two vehicles used by the robbers.

The team also recovered a Norinco 9mm pistol which belongs to one of the guards, ammunition as well as "tens of thousands of rands".

A navy blue CIT money bag was also found in the boot of one of the getaway vehicles.

The owner of the house was arrested for unlawful possession of firearms and ammunition and for being in possession of property suspected to be stolen.

Further investigations led the police team to a house in Kuba Street in Kalafong where they recovered a third vehicle which was used by the robbers.

"The joint task team is hot on the heels of the robbers and will not rest until they are found and brought to book", said the commissioner Gen Khehla John Sitole.

Police appealed to anyone with any information about the robbery to contact the toll-free Crime Stop number 086-001-0111. Callers may remain anonymous.

Police confirmed on Wednesday that two men were arrested in connection with a brazen cash-in-transit heist at Laudium Square in Pretoria.
News
2 years ago

A cash-in-transit company is putting up a R1m reward for information that leads to the successful arrest and prosecution of the perpetrators of ...
News
2 years ago