Legal fraternity under siege in Cape, as another murdered lawyer mourned 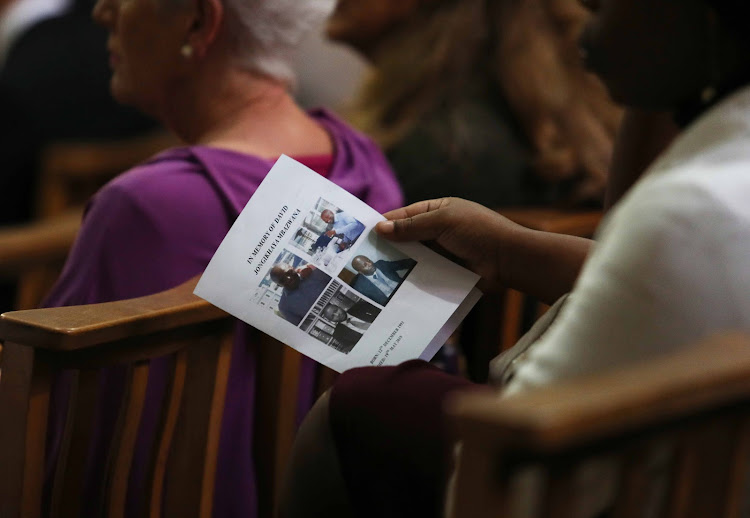 Lawyers in the Western Cape are under siege from criminals who have killed two prominent legal eagles since November.

Mbazwana was murdered 10 days ago in Khayelitsha, apparently during a robbery at a shop he ran with his sister. But Stevens' words left the impression that there may have been more to his murder - and that lawyers constantly have to look over their shoulders. 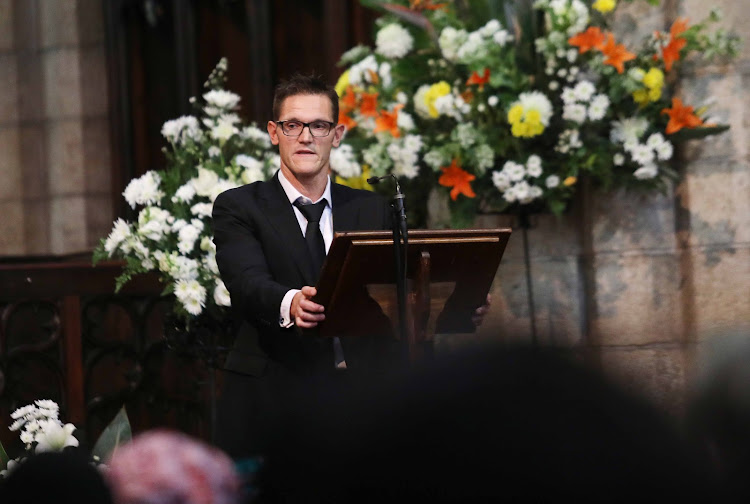 Leon van der Merwe said he poached Mbazwana to his law firm after having to defend a client against him when he was a prosecutor in Cape Town.
Image: Esa Alexander

"We've lost two colleagues (before David), they were all my friends. Pete Mihalik and David. What makes David special (to me) is that he looked up to me. We both didn't like to give bail," said Stevens.

Stevens, Mbazwana and Mihalik were prosecutors before they became defence lawyers.

Mbazwana became the third prominent criminal lawyer to be killed since the end of 2017 when Noorudien Hassan was murdered at his home in Cape Town.

Mihalik was killed in a hit in Greenpoint last year and it is believed Hassan's death was also the result of a hit.

But Mbazwana's colleagues said they did not believe his murder was work-related.

Attorney Leon van der Merwe, the director of Liddell Weeber & Van der Merwe Incorporated where Mbazwana worked, said that according to the information they have from the police his murder was the result of a botched robbery.

"I don't believe that this was a work-related incident. I believe it had nothing to do with any of the matters he dealt with. That's my personal take on it," said Van der Merwe.

Mbazwana started his career as a legal aid attorney and soon found himself on the side of the state as a prosecutor at the Cape Town magistrate's court.

Van der Merwe said he decided to poach Mbazwana after having to defend a client against him in court.

"He was very sharp. I did a matter against him in Cape Town court 24 and I could quickly see he was witty, he was sharp. It was easy to know that he would definitely be a very good attorney," said Van der Merwe. 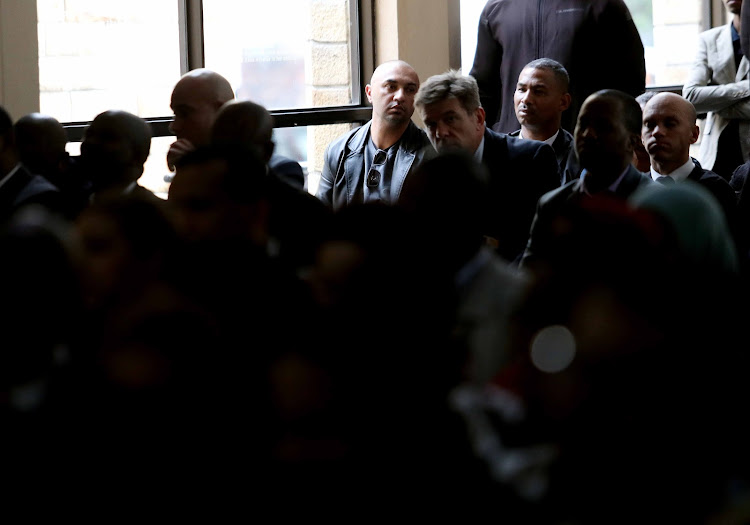 Mbazwana's memorial service was attended by magistrates, police officers, state prosecutors, and lawyers. One of his recent clients, alleged underworld figure Nafiz Modack (next to the window with sunglasses hanging from his shirt) whose mother he represented, was also present.
Image: Esa Alexander

Modack was the only prominent alleged underworld figure present at Mbazwana's memorial service which set it aside from both Mihalik and Hassan's services where alleged gang bosses paid tribute to their former legal counsels.

It was prosecutors, magistrates, police, and lawyers who filled the pews.

Retired magistrate Joe Magela spoke with praise about Mbazwana, who was a prosecutor in his court.

"He was highly professional and highly ethical in court. He did not cut corners for instant gratification," said Magela.

"There are those who decided that this man is smart and streetwise, let us get rid of him. He defended his clients with honour," he lamented.

Police arrested three men in connection with Mbazwana's murder in Makhaza, Khayelitsha, last week. The men are expected to appear at the Khayelitsha magistrate's court on Monday.

Three men were arrested on Thursday in connection with the murder of Cape Town attorney David Mbazwana.
News
2 years ago

The suspected middleman behind the murder of Cape Town lawyer Pete Mihalik was sold out by the tracker in the rented car that was allegedly used as a ...
News
2 years ago