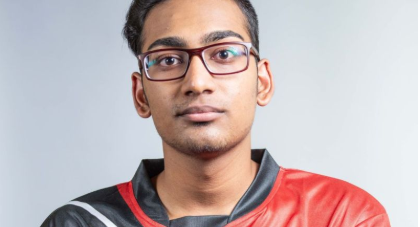 Shiaan Rugbeer was the only African player who competed against the best FIFA players in the world at the recent PGL FIFA 19 Masters in Bucharest, Romania, on May 18-19 and has competed in tournaments in Amsterdam and London.
Image: Supplied

Twenty-year-old electronic game enthusiast Shiaan Rugbeer was casually playing FIFA online when his friend sent him a WhatsApp telling him he had qualified for an international Esports tournament.

“In 2016, I started playing FIFA17 and I didn’t think much of it, because I only played against my friends. Whatever. When I did play online, I didn’t know whether I was doing well or not until I got a WhatsApp from one of my friends saying I qualified for an event overseas. I had no idea what it meant,” Rugbeer, told TimesLIVE.

Gaming giant Electronic Arts (EA) sent Rugbeer an email explaining he had qualified for a tournament in Doha.

“Ever since that time the hunger just got going.”

Rugbeer was the only African player who competed against the best FIFA players in the world at the recent PGL FIFA 19 Masters in Bucharest, Romania, on May 18-19 and has competed in tournaments in Amsterdam and London.

In the first round of qualifying for the tournament in Bucharest, Rugbeer had to win 28 out of 30 matches to qualify to play against the best in Africa and the Middle East.

Africa and the Middle East was allocated one spot at the final tournament, which Rugbeer clinched.

Rugbeer was the lowest seed at the tournament, so his first match was against world champion Donovan “F2Tekkz” Hunt where he lost in extra time. He suffered the same fate in the second and third round against different opponents before he was eliminated.

“Experience does matter, because you need game management. I’ll admit that I did not manage my games well at all … When you have the lead in the game, in terms of game management and experience, someone that has experience would know that they need to hold the ball more to force your opponents to come towards you so that you can score. When I had the lead, I just tried to go for more goals.”

Rugbeer is studying programming at Belgium Campus in Pretoria where he is usually on-campus from 8am to midday before heading home to Centurion where he usually plays for four to five hours, but not FIFA.

“On the weekend I have to play FIFA. I play Call of Duty Black Ops [and] Fortnite [during the week].”