By aron hyman and NOMAHLUBI JORDAAN

Image: Facebook/Monet van Deventer Monet van Deventer's faith in humanity was restored when a petrol attendant offered to pay for her fuel so she did not get stuck on a notorious stretch of road

Petrol attendant Nkosikho Mbele doubted that he'd ever see Monet van Deventer again - the motorist whose tank he filled with R100 worth of petrol and paid for it so she could get safely to Cape Town.

But when she arrived back at the Shell garage where he worked a few hours later on Thursday afternoon with chocolates and his money it was the look of gratefulness in her eyes that gave him hope for South Africa.

The 28-year-old attendant sat in his Makhaza home in a dreamlike state on Friday wondering what to do with the constant stream of offers for donations he and Van Deventer were receiving after she shared a heartwarming tale about his good deed on Facebook.

"It was God's doing, all of this. I feel like I'm dreaming. I'm shocked. I'm positive about us. As ordinary people, we can bring a change to life. You see, I was no one, but out of this small thing, the way that people who don't even know me can see me..." Mbele told TimesLIVE. 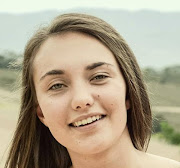 The story began with Van Deventer driving home from Somerset West to Gardens in Cape Town just after 7am on Thursday where she had planned to meet clients. She arrived at the Firgrove Shell along the N2 with her fuel gauge glaring red.

"I had this strange feeling that I forgot my card. I then started looking for it, and while I was searching, Nkosikho started washing my windows," she said.

The 21-year-old who works as an account manager at a hospitality software company,  while studying for her BCom degree, soon realised she wouldn't be able to pay for petrol.

"I said to him, thanks for washing my windows but I can't put petrol in today. He seemed stressed and shocked because he was looking at my fuel needle which was already in the red," she said.

Before she could answer Mbele was pouring petrol into the car.

"I thought, perhaps it was a business thing that Shell does this for you and then I saw him literally take his own card and pay for it. When I drove away it dawned on me what just happened," she said.

Mbele said he was worried that she would break down on the N2 highway.

He said he had doubts that she might come back. He earns about R1,100 a week and R100 was a significant share of his daily earnings.

When Van Deventer returned she asked him why he had helped her.

"He didn't know me at all, he didn't ask for my number or anything. He took a chance and I could have never come back. And then he told me, 'ma'am, I'm a believer'," she said.

Both of them said the incident inspired them with hope for South Africa. Van Deventer is setting up a crowdfunding campaign after offers of donations for Mbele streamed in.

"I talked to him and we had a nice chat. We are going to start a crowdfunding campaign now, and he can decide what he wants to do with the money," she said.

Mbele told her he would like to use the money to improve his community.

"I want to do something that could help the children. I have to sit down and think. It's still like I'm in a dream," he said.

Organisations or people with ideas who would like to help Mbele and Van Deventer can send an email to Monetvd@gmail.com.