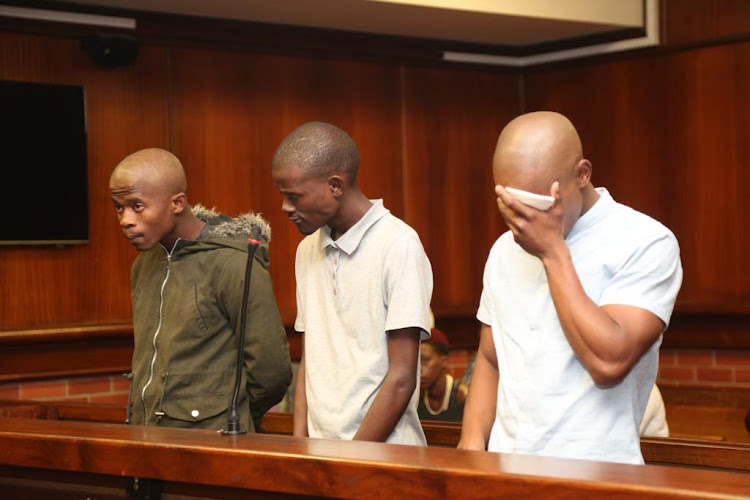 Lawyers representing three men arrested in connection with the deaths of two Durban metro cops have asked that their clients be kept in separate cells.

Mondli Mthethwa, who represents Musawenkosi Ndebele and Bonginkosi Msomi, and Thembelihle Manzi, representing Thamsanqa Mabaso, told the Verulam Magistrate's court on Monday that they wanted their clients to be kept in separate cells at the Mayville police station.

The trio made their second appearance in court on Monday in connection with the murders of Sgt Zephinia Dladla, 61, and 40-year-old Const Sonto Mhlanga. The police officers were gunned down while guarding the home of Ward 52 councillor Moses Zulu in Bhambayi, near Phoenix, two weeks ago.

The first accused in the matter, 19-year-old Nkululeko Zuma, was once again not in court as he is under police guard in hospital.

“I want accused two and three ( Ndebele and Mabaso) to be detained separately. I do not want them to be in the same cell as accused four (Mabaso),” said Mthethwa.

The lawyer didn't elaborate on the reason for the request and magistrate Rajesh Parshotam granted the request.

The matter will be back in court for bail consideration on June 10. State prosecutor Winnie Mlangeni said that they intended opposing bail.

The suspects arrested for the murder of two Durban metro cops on Monday have been linked to a family massacre, in which four people were killed.
News
3 years ago