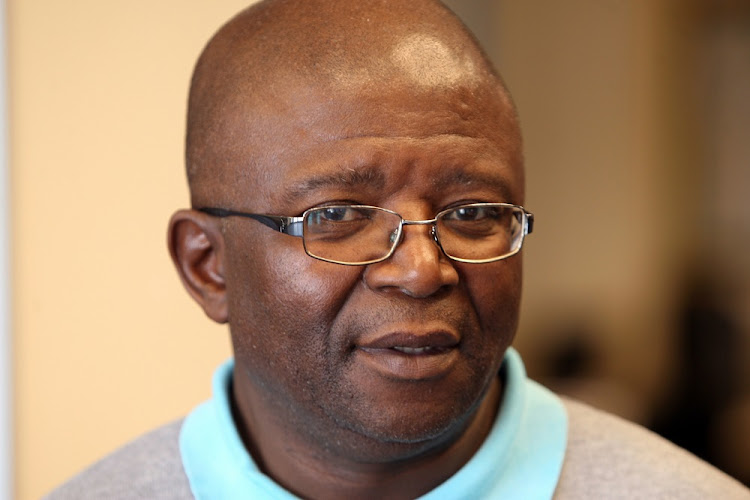 Veteran photographer Herbert Mabuza, who rose through the ranks to become managing editor of the Sunday Times and Sowetan, has died, colleagues said on Monday.

Mabuza was described as humble, passionate about photography and as someone whose door was always open.

"He was one of a kind, very selfless, you could literally call him anytime of the day," said fellow photographer Elmond Jiyane, who was mentored by Mabuza.

Details of Mabuza's death were not immediately provided. He had previously been hospitalised with heart problems.

During his long career, the lensman filmed momentous events in South African history.

He arrived at the scene of Chris Hani's assassination even before the police. His images reflected the political violence that preceded democracy and the former presidencies of Nelson Mandela and Thabo Mbeki.

In my last conversation with him three weeks ago, Bongani Mnguni, who has died from a suspected heart attack, wanted assistance with a caption for ...
Opinion & Analysis
2 years ago

Another memorable moment captured by Mabuza was when Mandela confirmed their relationship by kissing Graca Machel in public.

Mabuza also shot portraits of royalty from South Africa, Lesotho and Swaziland, as well as many of SA's colourful luminaries, such as theatre's Gibson Kente and Blue Fountain nightclub owner Godfrey Moloi, who, long before his death, posed for snaps during regular fittings for his coffin.

He was the Sunday Times photographer at the Sydney Olympics in 2000 and covered soccer matches, providing enduring images, like those of Lucas Radebe playing for SA.

Jiyane recalled his best moments with Mabuza: "I remember he came in as a guest lecturer at Funda Centre, Soweto. He gave us [students] an entirely different perspective about photography, how we can use it to tell and document black people's stories and how far we could go … as a young freelance photographer he touched my life deeply," said Jiyane.

Learning of his friend's death on Monday morning left him shattered and heartbroken, he said.

"It came when I least expected it, I was left speechless and shocked. I still wanted to thank him. I was taught by him, so to think that I will not have an opportunity to thank him while still alive is quite hurtful," he said.

Getting a front-page picture, meeting deadlines and sustaining oneself in the industry were some of the things for which Jiyane said he would forever be grateful to Mabuza.

Sowetan picture editor Darryl Hammond paid tribute to Mabuza's work, adding that he had a great sense of humour.

"He's documented some big events in history, like the death of Chris Hani, and shot all sorts of things. He was always well dressed, well spoken, had a great sense of humour. He was really a great, humble guy," said Hammond.

Hammond said one trait which made Mabuza different from others was how accessible he was to his colleagues.

"His door was always open. He was always there for advice and mentorship. We would often sit in his office and go through old print and photographs, sort of go down memory lane ... he was always, always available," Hammond recalled.

Hammond said this had been a longtime aspiration of Mabuza's.

"He'd always dreamt of going into farming, which he did and that's where he's been the last few years," added Hammond.

Buy a bit of history tomorrow

This image by John Liebenberg is part of a dazzling collection of about 80 pictures going on auction tomorrow evening. The event, to be held at ...
Lifestyle
8 years ago

The Cape Tonian photographer was recently announced a finalist in the 2019 Pink Lady Food Photographer of the Year competition. He tells us more ...
Lifestyle
2 years ago

Photographer Jabulani Dhlamini examines the strength of the rainbow nation's foundation in his latest exhibition, 'Isisekelo'
Lifestyle
2 years ago