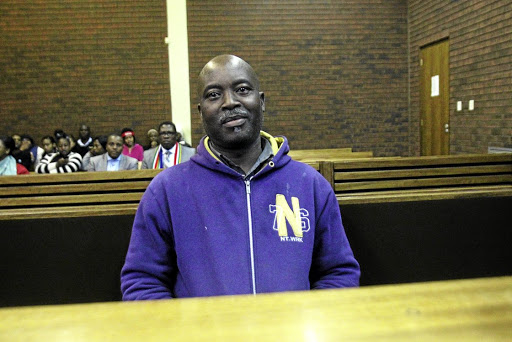 An emotional Emmanuel Sibusiso Tshabalala has been served a suspended sentence for the fatal shooting of his 16-year-old son, Luyanda.

He appeared in the Lenasia Magistrate's Court on Tuesday.

#EnnerdaleSchoolMurder BREAKING: an emotional Emmanuel Sibusiso Tshabalala pleaded to the murder of his 16-year-old son, Luyanda in the Lenasia Magistrates Court. He was handed down a 10 year direct imprisonment sentence, wholly suspended for five years @SowetanLIVE pic.twitter.com/AN1p8NFvai

Tshabalala was sleeping in his car after dropping off his son for evening classes on June 5 last year. He was woken by knocking on the window and‚ thinking he was in danger‚ fired his gun.

He said in an affidavit presented to court that after firing the weapon‚ Luyanda had called: "Daddy‚ it's me."

He got out of the vehicle‚ went to his son and then rushed him to get medical help - but there was nothing that could be done to save his life.

Tshabalala, who was employed as a security officer at the vehicle unit of the SA Police Service in Krugersdorp, said the incident would haunt him for the rest of his life.

During an earlier court appearance, TimesLIVE reported that magistrate Maggie van der Merwe said: “I can only describe this incident as a tragedy.”

A father who shot dead his teenage son outside school, believing he was a hijacker, will soon know his fate.
News
3 years ago

'Broken' mom forgives dad for the shot that killed their son

A father who allegedly shot and killed his son outside a Johannesburg school held his head in his hands as he faced a charge of murder on Thursday.
News
4 years ago