Image: Supplied KwaZulu-Natal health MEC Nomagugu Simelane-Zulu has ordered a probe into the death of a young woman and her unborn baby.

Newly appointed KwaZulu-Natal health MEC Nomagugu Simelane-Zulu has launched a probe into the "suspicious" death of a 23-year-old mother and her unborn baby following allegations of negligence.

The expectant mother, Sithembile Shabane, from Mandini on the KZN north coast, died at the General Justice Gizenga Mpanza Memorial Hospital in KwaDukuza on May 31 amid allegations of staff negligence and delays of an ambulance that transported her from the clinic to the hospital. Mandini and KwaDukuza are about 34km apart.

Simelane-Zulu said during an announced visit to Isithebe Clinic in Mandini on Tuesday that an investigation would commence immediately on the circumstances around Shabane's death and how she was managed from the time she arrived at the clinic.

The health department said the investigation would probe allegations of staff negligence; the delayed arrival of the ambulance that transported her to the hospital; how she was managed there; and how she lost her life.

Her death sparked anger in the community, with some residents threatening to march to the Isithebe Clinic and damage it, said the department in a statement on Wednesday. 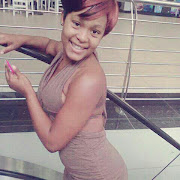 Image: Supplied Sithembile Shabane and her unborn baby lost their lives amid allegations of hospital staff negligence and ambulance delays.

Simelane-Zulu said the government had worked hard to reduce the incidence of maternal and child mortality and that such incidents were a major cause for concern.

"We received a call on Saturday from a resident as well as from a local councillor complaining that a young person had died under suspicious circumstances. Unfortunately, this 23-year-old who passed away was pregnant and lost her life along with her baby when she got to the hospital.

"The community was quite upset by this as there were allegations of negligence on the part of the staff, so we had to come here to see for ourselves and engage with the staff and community to find out what actually happened. Fortunately the family was represented, the community was there and we were able to have a discussion," said Simelane-Zulu.

The MEC said it was agreed that they would get a report of what happened within a month. "However, there will be an investigation by the department and we'll follow up as soon as we've received that report," she said.

Vusi Hlekwayo, a representative of the Shabane family, pleaded with Simelane-Zulu to take this matter seriously and follow it through to their satisfaction.

"We're glad that the MEC has come to see the situation. But we're sad that we've just lost our loved one due to negligence that occurred at a government hospital. It give us great pain that someone has passed away due to inadequate care.

"We plead with the MEC for this matter not to be taken lightly and followed through to a point where we are satisfied as a family," he said.