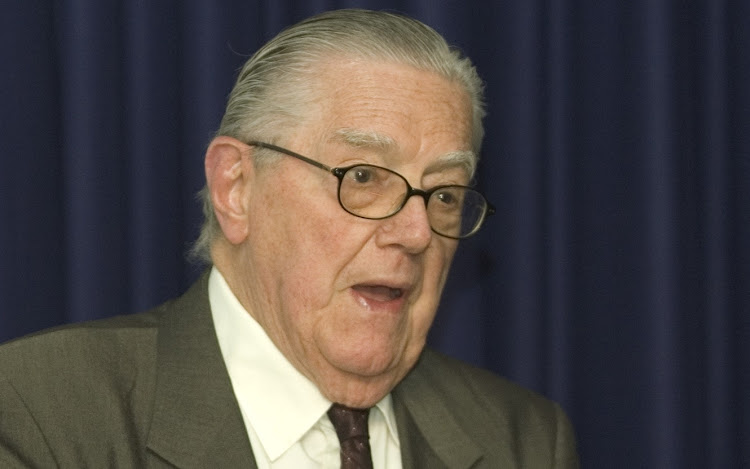 Raymond Louw, a former editor of the Rand Daily Mail and Sunday Times, chair of the South African chapter of the Media Institute of Southern Africa and vice-president of PEN SA, has died at the age of 92.

His death in hospital after undergoing surgery comes 24 hours after the death of his wife, Jean, who did not recover after a fall.

Louw, born in October 1926, was brave in the face of apartheid repression and campaigned for freedom of the press throughout his career.

He was instrumental in establishing, and went on to lead, the Media Defence Trust that was set up under apartheid to defend journalists against then encroaching state censorship and detention.

Most recently, he was outspoken about politicians who seek to intimidate journalists and a host of laws in democratic South Africa that affect media freedom.

A City Press senior political reporter,  Ngwako Modjadji, has died in what is believed to have been a hit-and-run accident, the SA National Editors' ...
News
2 years ago

Tributes to the respected journalist are being shared by those who worked with him.

"His was a lifelong service and fight for the freedoms journalists now enjoy. And what a dancer! Hamba Gashle," Ireton tweeted.

SA National Editors’ Forum (Sanef) founder member Mary Papayya said, "We have lost a giant among us in the media industry. His role within Sanef  and the media was priceless. He was a mentor to so many. He was our institutional memory on all fronts."

Sanef chair Mahlatse Mahlase commented, "We will miss his editorial wisdom, his passion for justice and his unstoppable energy. Even in retirement Raymond continued to contribute immensely to Sanef. He was pained by continued attacks on journalists and attempts to muzzle the media."

"Raymond Louw. An exemplary journalist, a fighter for freedom, a fabulous editor and an activist from his Twenties to his Nineties. What a life! And what a love with Jean. RIP Ray Louw and Jean. We love you and learnt so much," said Ferial Haffajee.

Adriaan Basson‏ tweeted: "A giant has fallen. RIP oom Raymond Louw, 24 hours after his wife, Jean. Privileged that I could have learnt from someone who dedicated his life to press freedom. We shall continue to carry the torch."

John Matisonn‎ posted on Facebook: "Raymond and Jean Louw. It is with great sadness that I learnt this morning that Ray and Jean died within 24 hours of each other. I first met him on a vac job in 1971 when he was already editor of the Rand Daily Mail, and later worked for him and became a close friend. My admiration for him is undimmed. He embodied courageous and principled journalism, an editor and fighter against injustice at a time when we most needed one."

President Cyril Ramaphosa praised Louw in a message of condolence to the family and media fraternity.

“With the passing of Mr Louw, the country has lost a brave and principled journalist and a champion of press freedom. Throughout his illustrious career he reminded us of the critical importance of media freedom to the health of our democracy.”

He noted that Louw was also a mentor to a number of young journalists who went on to take up senior positions in the local media industry.

“The most fitting tribute to Mr. Louw would be that we strive to uphold the principles he held dear: a commitment to a free press, and to accurate, balanced and fair reporting,” said SA's president.

The South African National Editors’ Forum has sent condolences to the families of two journalists who left an “indelible mark” in the media industry.
News
2 years ago

The couple leave their son Derek and daughter Fiona Ramsay.

A biography on SouthAfrica.co.za states that Louw joined the Rand Daily Mail in 1946 and worked for various British newspapers from 1951 to 1956 before returning to the RDM in 1957. He was appointed editor of the Sunday Times in 1959.

In 1975 he was the chairman of the South African Morning Newspaper Group, before becoming the general manager of South African Associated Newspapers (SAAN), Tiso Blackstar's predecessor, in 1977. In 1989 Louw reported on the proceedings of the Five Freedoms Forum's visit to Lusaka, Zambia, to meet ANC members.

He also served as chairperson of the Campaign for Open Media, was a council member of the SA National Editors' Forum (Sanef) and was Africa consultant for the US-based World Press Freedom Committee.

Louw personally founded and directed a media business training foundation, under which aspirant black business journalists were trained at the University of the Witwatersrand Business School.

Former Rand Daily Mail editor and author Allister Sparks was a tribute to the profession, writes Ray Hartley Born in the Eastern Cape town of ...
Opinion & Analysis
5 years ago

Veteran photographer Herbert Mabuza, who rose through the ranks to become managing editor of the Sunday Times and Sowetan, has died, colleagues said ...
News
2 years ago