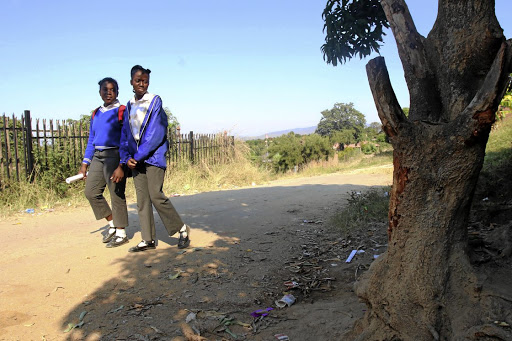 Koketso Rahlane, 14, died after he was crushed against this tree by a bakkie driven by another pupil. Eight other children were injured.
Image: ANTONIO MUCHAVE

A grade 8 pupil died and eight others were injured after an 18-year-old pupil driving a bakkie rammed into them, SowetanLIVE reported.

Fellow pupils said the accident happened just after 11am on Tuesday when a grade 12 pupil lost control of the Nissan bakkie he was driving and crashed into a group of fellow pupils outside Mothlatlego Machaba Secondary School in GaMotupa, outside Bolobedu in Limpopo.

Witnesses claimed the driver was speeding. They said Koketso Rahlane, 14, was hit and crushed against a tree.

The car belongs to the grade 12 pupil's parents.

A 14-year-old pupil said: "I was sitting on a hill with four of my friends doing revision work when I saw the car driving towards the school.

"Those who were sitting under a tree near the road could not see it coming because they were obscured by the school fence. The driver drove into the pupils and hit Koketso on the chest before ramming him against a tree." 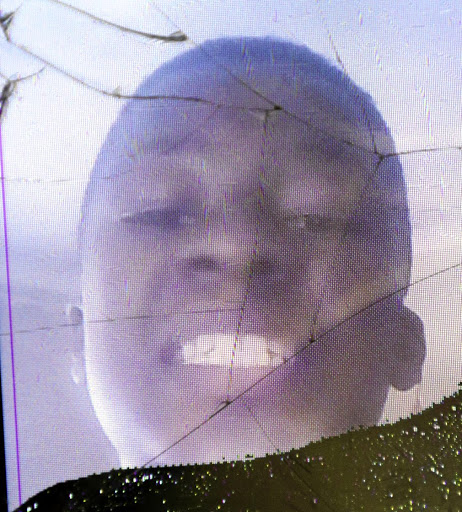 Grade 8 pupil Koketso Rahlane died after being hit by a car.

He said Koketso was trying to run when he was hit. "I don't know why he was speeding because he wasn't even late for exams. The grade 12s were writing at noon and the accident happened around 11.15am.

"Koketso and his classmates wrote a geography test in the morning and were waiting to write English later in the day," the witness said.

Koketso's mother, Eunice Rahlane, 32, said she learnt with shock about her son's death. "I received a call informing me that my son was hit by a car at school. At the school I found that he and others had already been rushed to the local clinic.

"When we arrived at the clinic, I found him still alive but his face was covered in blood. He told me that his head and legs were in great pain. That is all he said to me," Rahlane said.

She said nurses at the clinic called an ambulance after they realised the severity of his injuries. "We followed the ambulance to the Letaba Provincial Hospital. When we arrived, I was told that he died inside the ambulance along the way.

"The doctor told me that he died from internal bleeding and broken bones," she said.

A 20-year-old accused of the fatal stabbing of fellow Forest High School pupil Daniel Bakwela and injuring two others will remain in police custody ...
News
2 years ago

The distraught mother said she wanted the police and the justice system to make sure that the law takes its course.

"If he is not arrested, he is going to kill another child. My family is incomplete because someone took away my son."

She described her son as respectful and always neat.

Another pupil said: "After the accident teachers ordered us to go home. It was the first time I saw a pupil driving a car to school."

The family of the driver was not immediately available for comment.

The education department manager in the Tzaneen circuit, Khashane Nomvela, said the department was disturbed by the incident. He sent his condolences to the bereaved family. "Only one pupil is still admitted and has suffered broken legs."

School teachers cannot be expected to fix the psycho-social problems in communities that have led to a spike in pupils being killed, harmed or ...
News
2 years ago

A 19-year-old pupil who allegedly stabbed a classmate with a spoon to get his lunch is due in court on Monday for attempted murder.
News
2 years ago

"A good man, a motivational speaker, a passionate teacher who went the extra mile in assisting learners," are some of the words used to describe a ...
News
2 years ago