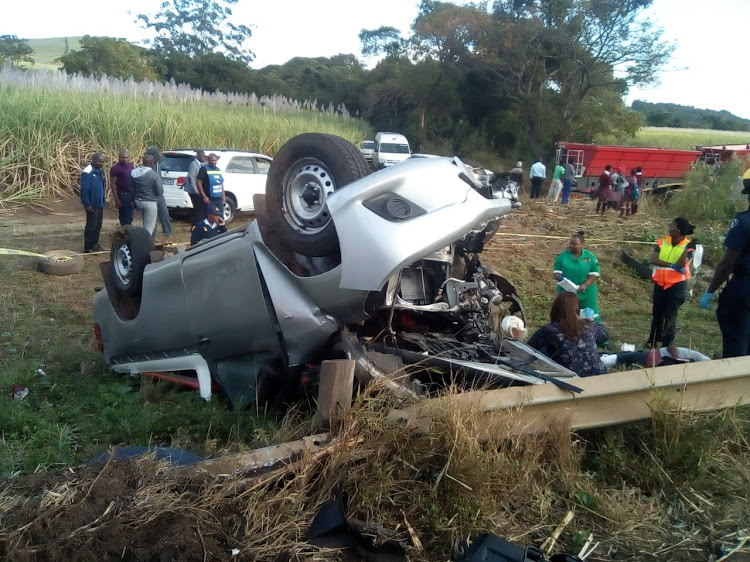 The Toyota Hilux bakkie was transporting school children when it overturned.
Image: Supplied

Three people have died, including a seven-year-old child, while four others are in a critical condition following an accident in northern KwaZulu-Natal on Friday afternoon.

The head-on collision involving two vehicles on the R34 occurred just outside Empangeni.

According to initial reports, a Toyota Hilux bakkie, which had been transporting school children, collided with a VW polo which resulted in the bakkie veering off the road and overturning. 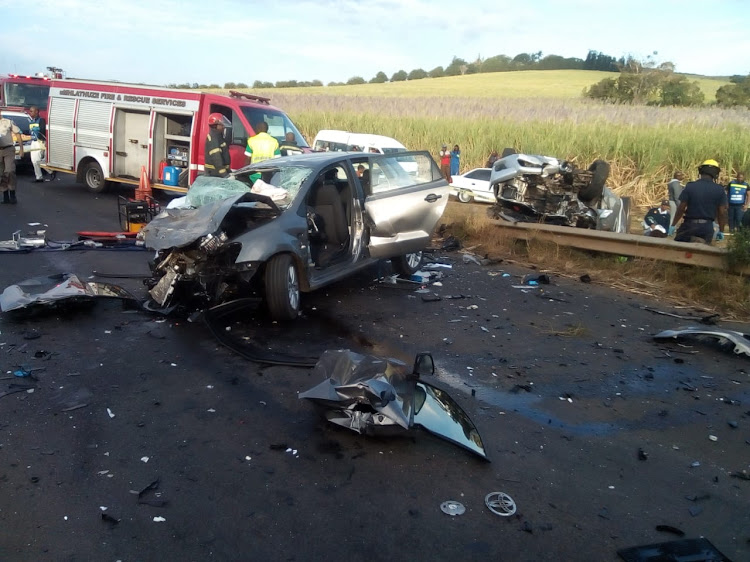 The VW Polo in which a seven-year-old child died.
Image: Supplied

A paramedic said the bakkie had been transporting 22 people - mainly high and primary school pupils - while the Polo had four occupants.

He said a number of children had minor to moderate injures and were being treated on the scene while others had been transported to hospital.

Motorists were advised to use alternative routes as traffic was heavily affected.

A grade 8 pupil has been killed while eight others are injured after an 18-year-old pupil rammed into them.
News
1 year ago

A day after 18 schoolchildren were injured in a taxi crash in Durban, another minibus taxi was involved in an accident, in which mainly children were ...
News
2 years ago
Next Article