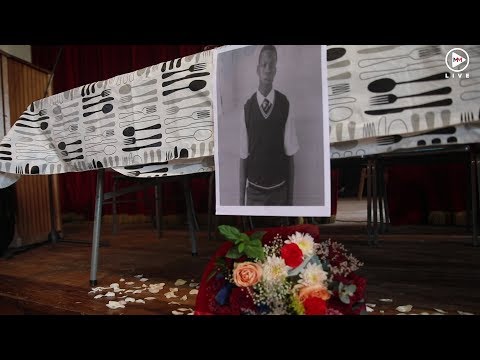 Parents who criticised Forest High School in Turffontein, south of Johannesburg, in the wake of pupil Daniel Bakwela's killing were called to account by a student leader at Bakwela's memorial service on Tuesday.

Representative council of learners (RCL) president Nobuhle Mashinini told mourners it was unfortunate that parents and society had decided to "show face" (come to the fore) following the death of a pupil, despite several school meetings which they failed to attend.

"Our parents have failed us ...," she told the service, attended by Bakwela's family, pupils and Gauteng education MEC Panyaza Lesufi.

"Yes, we might point fingers at teachers but I think, parents, you should also ask yourselves if you're truly doing your job. I urge you to show care, we need help ...," said Mashinini. 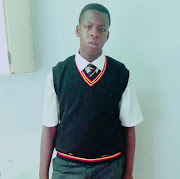 Image: Daniel Bakwela, via Facebook A memorial service for Daniel Bakwela is under way at the Forest High School in Turffontein, Johannesburg, attended by his classmates and family on Tuesday June 11 2019

Since the fatal stabbing outside the school on June 3, allegations have been made in the media that parents' complaints about drug use at the school went unheeded despite being reported to authorities. The school managers have also been accused of mismanagement.

Bakwela's alleged killer, Mohammed Mwela, also a pupil at the school, was granted R5,000 bail in the Johannesburg Magistrate's Court a day ago, amid calls from the community for him to never set foot in the school again. His bail conditions state he must leave Turffontein altogether and that a place must be found for him in a different school.

Lesufi told Bakwela's family at the memorial service that he apologised profusely if they felt their child's death was not handled well by the department. He urged pupils not to take the law into their own hands.

"No matter how you feel, there will be no revenge and no revenge means no revenge," said Lesufi.

Principal Mark Peterson urged pupils at the memorial service to "forget about negative things" and remember the good memories they shared with Bakwela.

He recalled a conversation he recently had with two pupils. "They said to me, Daniel used to come greet and share jokes with them in the morning, moments before school activities would officially begin."

The memorial service is under way.

This is a developing story that will be updated.