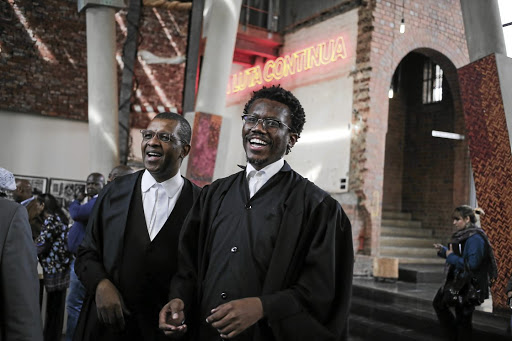 Advocates Dali Mpofu (left) and Tembeka Ngcukaitobi at the Constitutional Court during a a previous matter.
Image: Alaister Russell

The Council for Medical Schemes (CMS) says advocate Tembeka Ngcukaitobi will chair an investigation into allegations of racial profiling against black, coloured and Indian doctors.

The investigation follows allegations by members of the National Health Care Professionals Association (NHCPA) that they were being unfairly treated and their claims withheld by medical aid schemes based on race and ethnicity.

“The CMS believes that advocate Ngcukaitobi, who is a respected legal mind, will help go to root of the allegations of racial profiling, blacklisting for payments, blocked payments, demands of confidential clinical information, bullying and harassment, coercion, entrapment and use of hidden cameras,” said Dr Sipho Kabane, chief executive officer and registrar of CMS.

For the next four months, Ngcukaitobi and his team of advocates, Adila Hassim and Kerry Williams, "will get to the bottom of these allegations,” said Kabane.

Tembeka Ngcukaitobi has been recommended to be made a senior counsel just eight years after becoming an advocate.
News
2 years ago

Netcare beams in on cancer treatment to boost revenue

rivate hospital group Netcare has set its sights on offering the only full cancer treatment facility in SA as it searches for growth in a stagnant ...
Business Times
2 years ago

Things you must do to get your chronic condition covered

Your scheme may decide for which medicines it will pay for each chronic condition, but the treatment may not be below the standards published in the ...
Business Times
3 years ago