'I am utterly ashamed': Adam Catzavelos on his k-word video 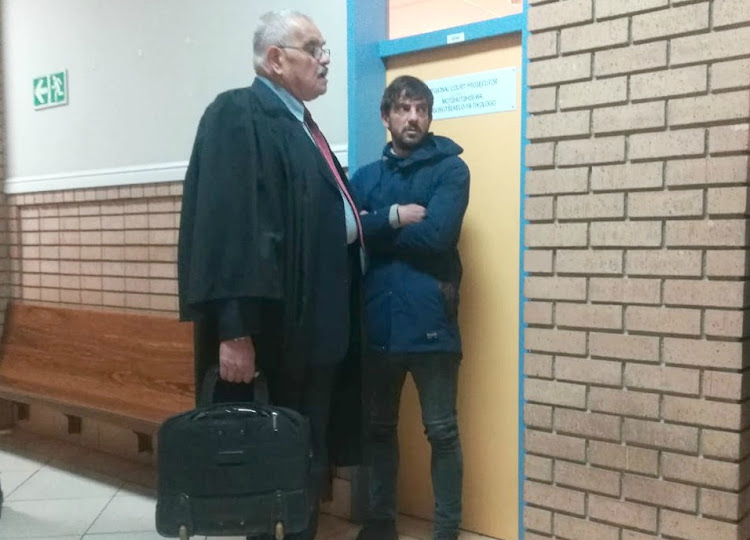 Adam Catzavelos, pictured with his back to the door, apologised on Thursday outside the Randburg Magistrate's Court for his k-word rant in Greece.
Image: Ernest Mabuza

The crimen injuria case against businessman Adam Catzavelos was postponed on Thursday to allow his lawyer to make representations to the director of public prosecutions in Gauteng.

Catzavelos catapulted to notoriety in August 2018 after a video of him using the k-word, to celebrate the fact that there were no black people around him during a beach holiday in Greece, went viral.

His attorney Lawley Shein was handed a docket on Thursday in the Randburg Magistrate's Court and said he had arranged with the prosecution that the case be postponed so that his client could make representations to the National Prosecuting Authority.

The crimen injuria case against businessman Adam Catzavelos was postponed to July 10 2019 to allow his lawyer to make representations to the Gauteng director of public prosecutions. A video of Catzavelos using the k-word on a beach in Greece, where he was on holiday, went viral in 2018.

Shein said he hoped the director of public prosecutions would be able to respond to Catzavelos' representations when the case resumed on July 10.

The court postponed the case and told Catzavelos, who is out on warning, to appear again in July.

The outrage over Catzavelos' comments led to his family's business being dumped by major clients, including top-end restaurants, and he was fired.

Catzavelos spoke to reporters outside the court, apologising for what he had said and said that he was there to face the consequences.

"In my moment of madness that I had last year, I am completely embarrassed and utterly ashamed at what I did and what I said.

"I express my sympathy and sorrow to anyone whose dignity was harmed," Catzavelos said.

Shein would not comment on what representations he would make to the director of public prosecutions.

Four employees of a Johannesburg company have lost their case to be reinstated after they were fired for accusing their boss of making racial ...
News
2 years ago

The Council for Medical Schemes (CMS) says advocate Tembeka Ngcukaitobi will chair an investigation into allegations of racial profiling against ...
News
2 years ago

Vicki Momberg to plead for herself after shedding six legal teams

Convicted racist Vicki Momberg is going to have to represent herself in her appeal proceedings on Tuesday afternoon after firing her attorney, ...
News
2 years ago