'This is the end': driver as elephant charges car in Kruger National Park 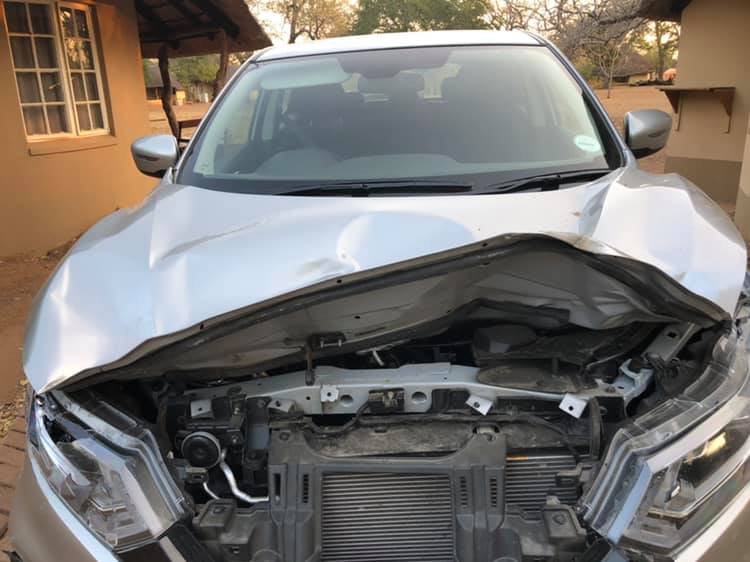 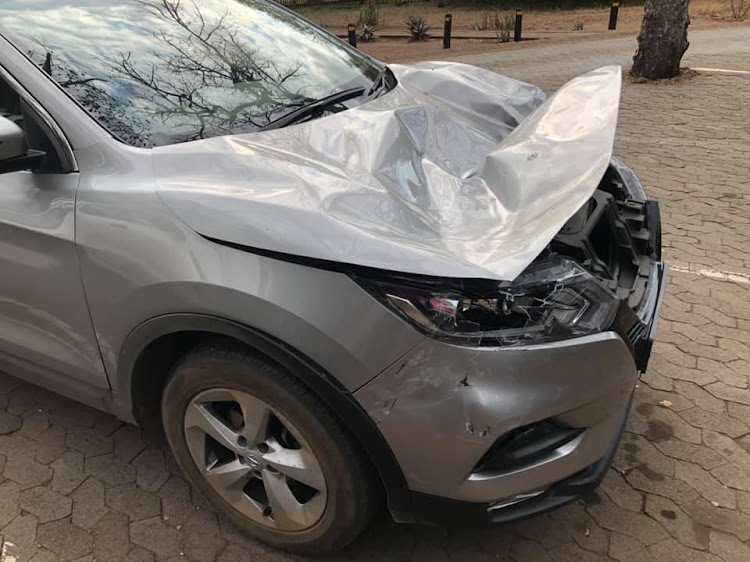 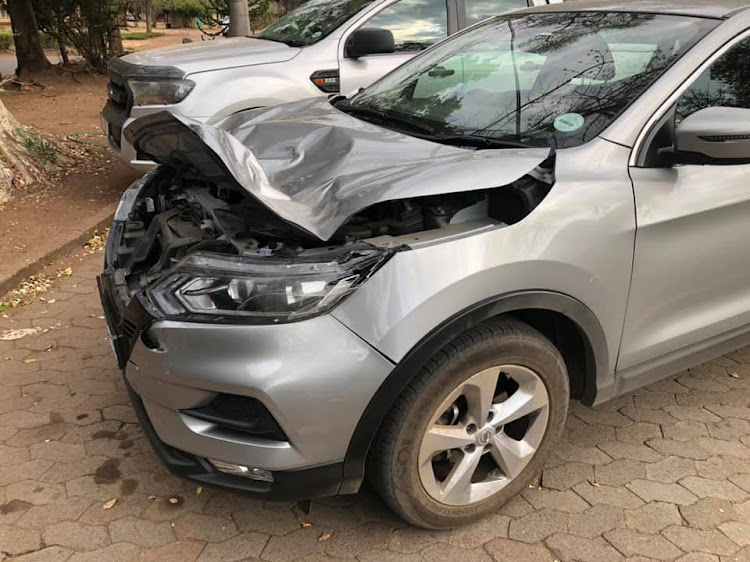 That is what Marianne Kuehnast thought as an elephant charged towards her vehicle in the Kruger National Park.

"We were caught between the elephant in front and the [Toyota] Fortuner behind [us]. I kept on trying to reverse and hit the Fortuner," she told TimesLIVE via email on Monday.

The incident, which happened about 10km south of Tshokwane on Thursday, ended with the front of the vehicle being squashed. She shared pictures of the damage on Facebook to warn other safari-goers how "things can go very wrong, very quickly".

She said a herd of elephant was crossing the road and a car ahead managed to "sneak" past the herd. Kuehnast was travelling with her mother in a Nissan Qashqai.

"[It was] probably [a] breeding herd as little babies were also seen. We kept a good distance from them and allowed them to cross. One medium-sized female broke away from the herd and came charging the car head-on," Kuehnast wrote.

"[They] charged us twice and hit the front of [the] car with its face and tusks. I had seen the elephant coming and tried to reverse but [a Toyota] Fortuner with a trailer was behind me and he kept indicating to me with his hands that he could not do anything."

There was another car behind the Fortuner. Kuehnast turned off the engine after the second charge and the elephant retreated.

"The elephant was not harmed. Our car could still drive."

Kuehnast believes there was nothing else she could have done in the situation.

"The bush is dense in that region, so one can't see the elephant coming from a distance."

Daphne van Heerden commented on Kuehnast's post on the SANParks Facebook group: "We were right next to you and reversed passed the Fortuner and trailer. Unlucky for you the trailer jack knifed as it reversed. Very, very scary ordeal. Just want to add that you were at a safe distance. She just charged for no reason at all."

Chris du Plessis wrote: "I had the same experience. I couldn't move and jumped out on the passenger side because she came full speed for my door. The tusk went right through my door into my seat. There was no way I could have escaped death if I didn't jump out."

Naomi Freeland wrote: "Was nearly in the same situation when watching lion on the road side sleeping and out the bush [an] elephant appeared, lucky car behind had space to move back and we could move quickly back."

Elephant that killed security guard thought to have escaped from Kruger

An elephant that trampled a security guard to death at a mine in Phalaborwa in Limpopo on Saturday is thought to have possibly escaped from the ...
News
3 years ago

Area where roaming lions spotted is their 'usual pride location'

The area where a pride of 14 lions was spotted roaming near Phalaborwa last week is their usual pride location which they have returned to, according ...
News
3 years ago