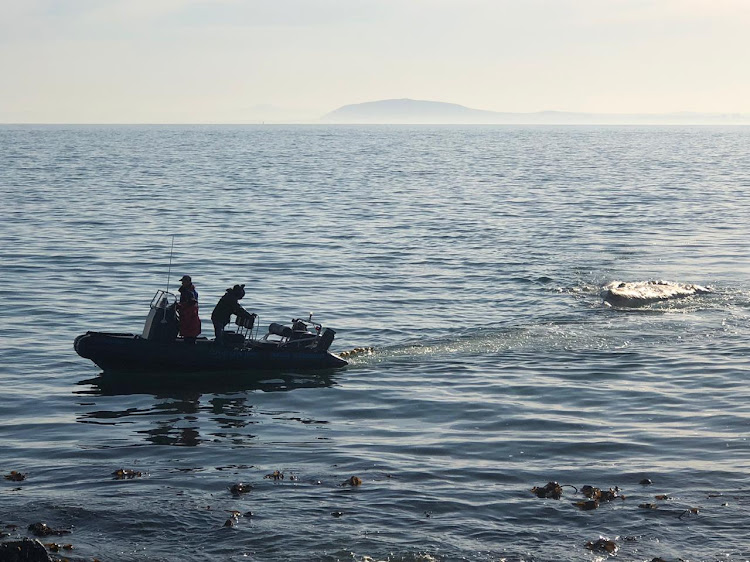 The carcass of a large whale was towed out of Table Bay.
Image: Colin Greyvensteyn

The carcass of a large whale was towed out of a busy shipping lane in Table Bay on Wednesday after an apparent collision with a vessel – the second such incident in recent weeks.

National Sea Rescue Institute (NSRI) spokesperson Craig Lambinon confirmed the incident, although the organisation was not involved in the latest towing operation. The carcass was hoisted on to the slipway of the Oceana Power Boat Club adjoining the V&A Waterfront.

The latest incident follows several other recent whale fatalities and entanglements or near-entanglements which have prompted a steady traffic of comments on social media.

Two whale sharks washed up in Camps Bay in quick succession, and the NSRI has been called out to help whales caught up in fishing ropes in False Bay.

However, Lambinon said there was no link between the incidents, with the whale sharks the likely victims of a sudden drop in sea temperature. 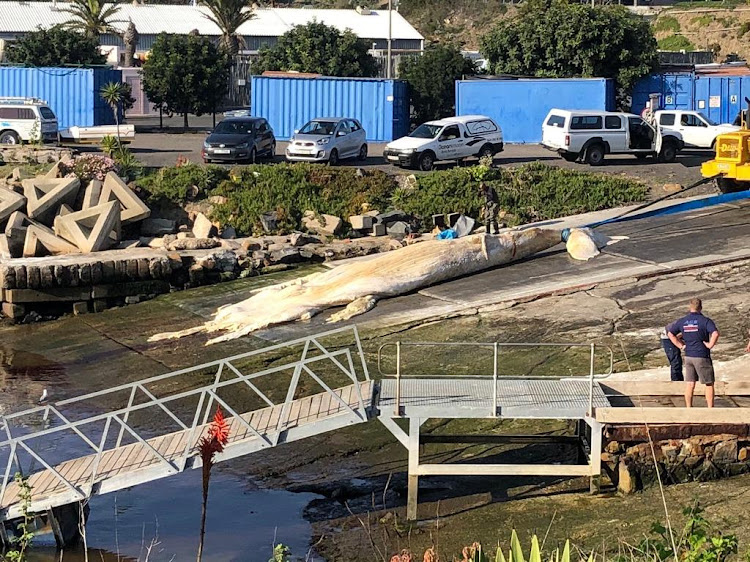 The two recent collisions involving vessels in Table Bay were uncommon, but not unheard of, Lambinon said.

"There have been quite a number of ship strikes of whales, and a few in succession, which doesn't happen often," he said, adding that collisions were often associated with busy harbours.

"Suddenly it happens a couple of times, then you don't hear about it for 10 years. We believe that is quite a normal thing," Lambinon said.

Annatjie de Beer, from Oceana Power Boat Club, confirmed the carcass had been temporarily placed on the club slipway, awaiting removal by the City of Cape Town.

It would end up in a landfill, she said.

A humpback whale carcass has washed up close to Cape Town’s harbour, but at 10m long, it has proved difficult for officials to remove.
News
2 years ago

Five fishermen were forced to abandon their boat after they struck a whale near Lambert's Bay, in the Western Cape on Tuesday.
News
2 years ago

Environmental affairs minister Nomvula Mokonyane has been called out for "irrational and procedurally unfair" behaviour by the Western Cape high ...
News
2 years ago