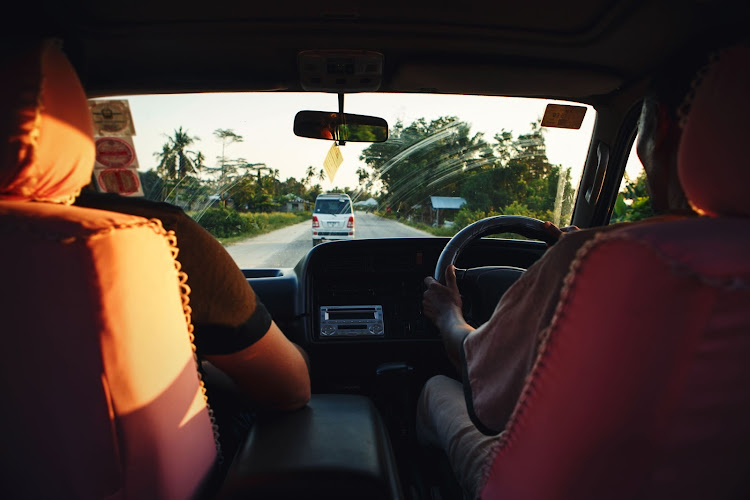 Police in Mpumalanga have warned that thieves are targeting tourists travelling to holiday resorts in the region..
Image: 123RF/Andrii Kucher

Tour operators in Mpumalanga have been warned by police that robbers are targeting tourists and holidaymakers along the Hazyview/Graskop Road.

But the local tourism board say they have identified the problem and are working with police in the area to ensure that a spate of robberies that have plagued the area in recent weeks cease.

Mpumalanga police spokesperson Colonel Mtsholi Bhemba confirmed four separate incidents last week where tourists on their way to Graskop, Sabi, Hazyview and White River were robbed by men who ether looked like tour guides or, in some instances, like traffic police.

Chris Harvie, a representative of the Kruger Lowveld tourism industry, said they had identified a small white sedan, with missing number plates, as the vehicle used by the robbers.

He said there were in fact five different incidents in four days last week but stressed that the robberies were an unusual occurrence and should not be touted as ongoing crime.

"[The robberies] are isolated and we have identified a gang operating in Graskop. We are working with the local police and have motivated for extra police patrols. So there is a huge police presence and we believe the gang has moved on."

According to Harvie, tourists were robbed of their valuables like money and laptops on their way to their holiday destinations. One group had their passports stolen.

Bhemba said: "Tourists have reported some [robbers] wearing reflective vests, they thought they were being stopped by traffic police."

Harvie said the robbers would, in some instances, drive up to the tourists and indicate that their tyre was flat, or that there was an issue with the car. When the car stopped they were robbed.

Above: The road connecting Graskop and Hazyview

Meanwhile, an alert by Mandy Rudman on a Facebook crime page, uses capital letters and many exclamation marks to warn members of the incidents.

In the post she mentioned a robbery involving tourists on their way to Chestnut Country Lodge in Hazyview.

Rudman had not responded to TimesLIVE at the time of publication.

But Chestnut Country Lodge manager Guinevere Davis was not happy about the negative publicity the post had generated.

"That woman went onto social media and named only our lodge. The guests were on their way to our lodge [not at the lodge].

"She didn't mention any other property and as a result we have had three cancellations. One of which was a large group of tourists," she said.

She said the tourists had mentioned the Facebook post as the reason for cancellation and that the lodge was considering legal action against Rudman.

"I wish she had contacted us before posting.

"People do need to think about safety on the road and it is a concern, but we also need to protect our tourism," she said.

Harvie said it was unfair to single out the lodges in the area.

"We need to put the rumours to rest. The robberies have stopped.

"[The robbers] took advantage of a loophole in the safety of the area, working at dusk or at night...but police are more vigilant now. The forestry industries in the area have also taken it upon themselves to police their dirt roads, places [potential] robbers could hide," he said.

Spokesperson at the Graskop chamber of business Danie van Niekerk said the local economy could not afford for tourists to be scared away by the robberies.

"The problem is that the local economy for the regions mentioned cannot afford to lose any more business.

"Tourists do need to be vigilant and aware of their surroundings when driving between areas. But our biggest problem is losing local and especially international tourists because of a few misplaced [social media] posts," he said.

Bhemba said tourists could protect themselves by being vigilant.

"Tourists need to be vigilant, they need to be less trusting. At the same time we are putting more vehicles in the area for visible policing.

"We urge that tourists don't stop for anything, especially at night. If concerned they need to drive to the nearest police station.

"We say, with caution, don't even stop at a red light, if it is safe then just drive through," Bhemba said.

A spate of hijackings and robberies targeting tourists in the Mpumulanga areas of Graskop and Sabie have seen tourism associations warning travellers ...
News
3 years ago

Mpumalanga township of Vosman rocked by three murders in one day

Mpumalanga police are investigating three murders on the same day in Vosman, near Emalahleni, on Monday.
News
3 years ago

Nurses in Mpumalanga say they are tired of going to work in fear after some were robbed at a clinic near KwaMhlanga on Monday night, only a week ...
News
3 years ago